25124 was stabled at Gloucester Horton Road on June 30th.

On August 30th 25124 was noted at Agecroft Junction with a lengthy train of wagons, possibly wagons recently outshopped from Horwich Works.

On September 23rd 25124 was stabled at Birkenhead.

On March 11th a lengthy Garston - Severn Tunnel Junction freight became a partial failure near Woofferton, the closest sidings could not accommodate the long train so 25124 & 25162 soldiered on to Hereford before being sidelined.

1982
After almost ten conscutive years allocated to either the Nottingham Division or Toton, 25124 moved to Bescot during February.

25124 received an 'E' examination at Tyseley during April, ensuring its future for a little while longer.

On May 26th 25124 was eastbound at Guide Bridge with a Speedlink service.

On August 20th 25124 was at St Andrews Junction (Saltley) with a local trip freight.

25124 was stabled at Llandudno Junction on September 6th.

On December 1st 25124 and another Class 25 were noted at Bootle Junction with a track panel train for Fazakerley. 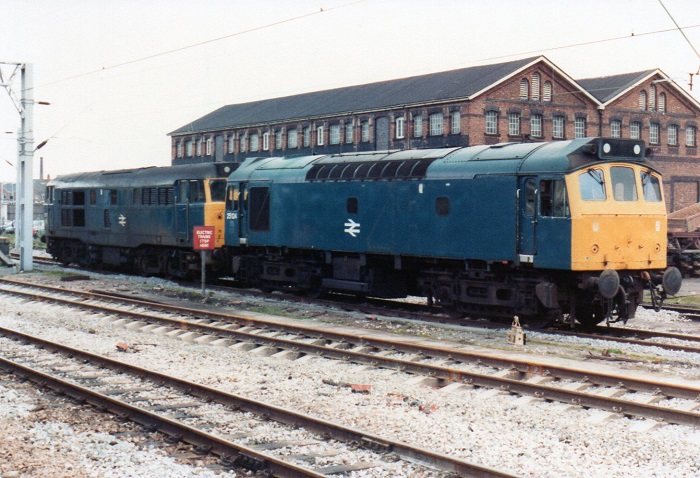 On September 28th 25124 was noted at Guide Bridge on a ballast working.