On the afternoon of July 31st 25219 was stabled at Gloucester.

On the morning of September 26th 25219 was noted at Severn Tunnel Junction depot. 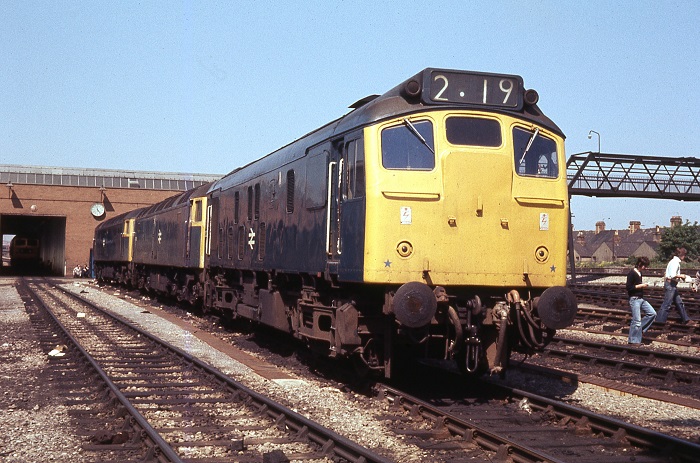 With 25219 being boiler equipped and allocated to Cardiff it soon found regular use on the Crewe - Cardiff services. It was noted on January 20th with the 07.50 Cardiff - Crewe.

On April 23rd 25219 was noted at Cardiff Canton with coaching stock.

Late in the year 25219 transferred to Crewe during November, this was its last transfer. 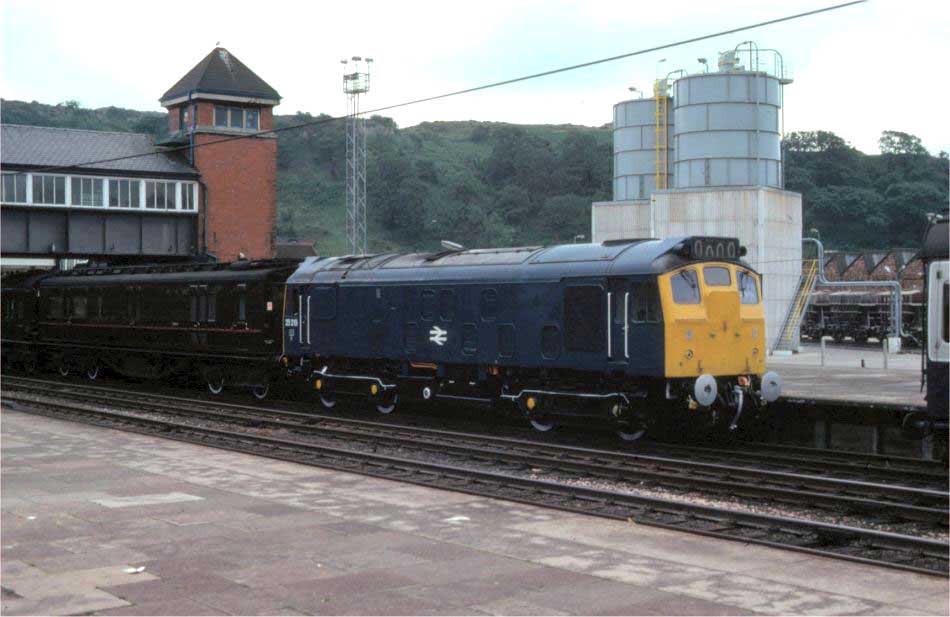 On August 30th 25219 & 25123 worked a roundtrip Leicester - Skegness. It would return to handle further Crewe - Cardiff services, being noted on September 9th and October 12th.

On the afternoon of June 2nd 25219 was noted at Cricklewood shunting coaching stock. 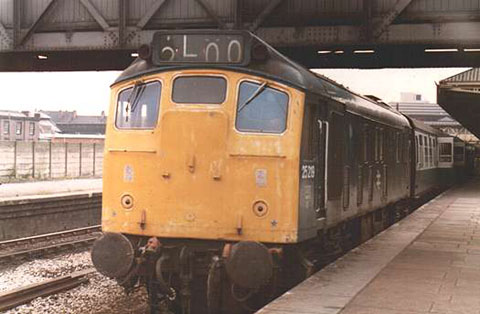 Photograph courtesy Mr B
25219 at Nottingham on August 1st 1980. 25219 has just returned from Llandudno Town with the 1D17 to Nottingham. It had also handled the outbound 1D30 working, but having taken over the train at Derby, giving any ardent enthusiasts just over 250 miles of Class 25 haulage.

On May 4th the Vale of Rheidol held an open house at Aberystwyth, all three steam locomotives being in steam. Not to be left out 25219 was also active on this day over the Crewe - Cardiff route. The next day (5th) proved to be of mixed blessings for 25219, it replaced a failed 25033 at Aberystwyth which had been diagrammed with 25035 to work a York excursion as far as Crewe. On the return leg 25035 failed at Hookagate and 25219 ceased functioning at Westbury!

The last day of May was also officially the last day for the Class 25s on the Crewe - Cardiff workings. The Southern Region were intending to release Class 33s from discontinued van traffic workings to take over from the Class 25s, however a strike on the SR and continued operation of the van traffic permitted some Class 25s to remain on these workings until June 4th. Throughout the last week 25042/60/66, 25219/220/245 handled the diagrams although by midweek 25220 was replaced by 47099. On June 1st 25060 was replaced by 33022 on the 16.02 Crewe - Cardiff with others gradually taking over. The final Class 25 workings were on June 4th, 25245 on the 17.10 Cardiff - Crewe and 25060 on 16.02 Crewe - Cardiff, the latter failing at Hereford, passengers being rescued by a diesel multiple unit off a terminating Birmingham service. Other workings, including the 20.00 Cardiff - Crewe postal previously powered by Class 45/46's reverted to Class 47 from June 1st.

The Heaton - Red Bank newspaper empties was worked by 25219 on October 4th.

On December 29th the Southport - Bewdley 'Severnsider' railtour was worked by 25056 & 25219 as part of the outward leg: Manchester Victoria - Ashton Moss - Stockport - Crewe - Stafford - Bushbury Junction - Perry Bar North Junction- Soho South Junction - Birmingham New Street. 25051 & 25058 worked the Birmingham New Street - Bewdley round trip. The return leg was worked Birmingham New Street - Crewe - Southport. On the approach to Crewe 25056 suffered a brake problem bringing the train to a halt short of the station, the train reached the station being driven by 25219, fitters were able to rectify the brake fault affecting 25056. By this time the train was over an hour late, due to this and other problems affecting the railtour throughout the day.

1982
On January 3rd a relief Manchester Victoria - Newcastle was noted at York with 25219, having worked at least from Huddersfield. 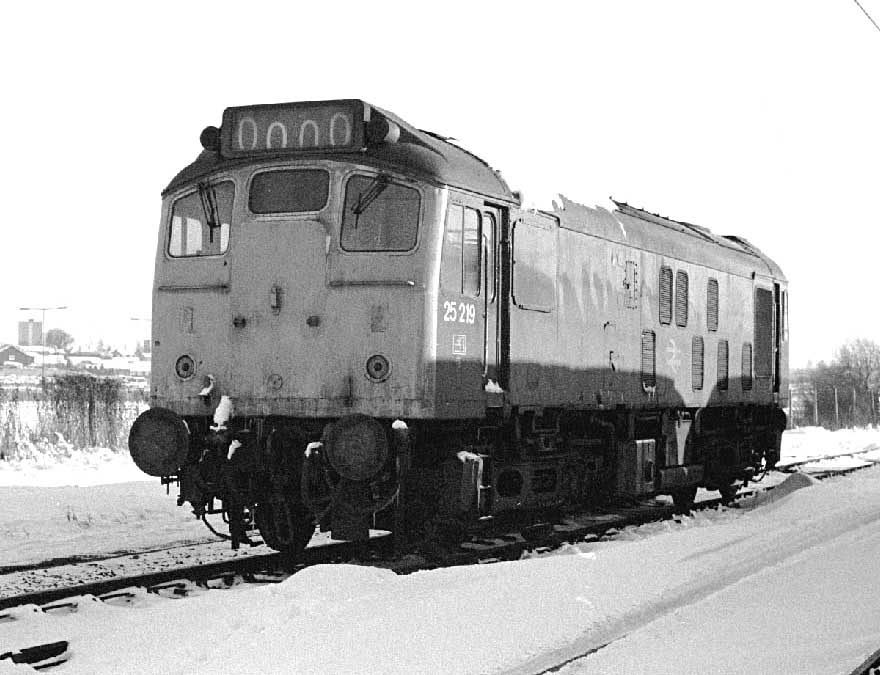 Early August found more passenger workings for 25219, on 1st it was on the 11.55 Manchester Victoria - Holyhead throughout, whilst on 7th it teamed up with 25199 for a trip over the Cambrian metals, out from Wolverhampton and back to Shrewsbury.

On September 11th 25219 & 25251 were working a round trip over the Cambrian to Aberystwyth, out from Birmingham New Street and back to Shrewsbury. On September 14th 25219 worked an ICI limestone train from Tunstead to Northwich.

25219 was noted eastbound through Chinley with coal/coke empties on November 15th.

Possibly the last passenger working for 25219 was the 08.40 Carlisle - Glasgow Central on November 18th.

A brief summary of the more frequent passenger workings that 25219 (and many others) worked is detailed below: please note over the life of these workings the headcodes and timings did change through the years, particularly on the Crewe - Cardiff services