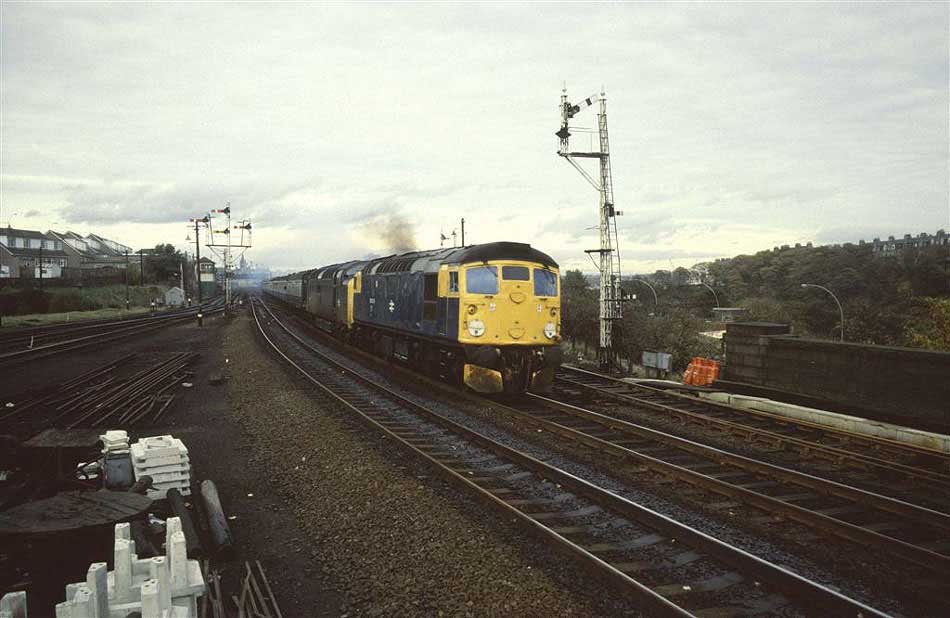 When the Class 24s were allocated to Hornsey during the early 1960's they were occasionally called upon to assist ailing Deltics. At the opposite end of the country & two decades later the 14.40 Aberdeen - Edinburgh on October 27th 1980 receives the assistance of 26029 after a minor fault was reported with the Class 55. 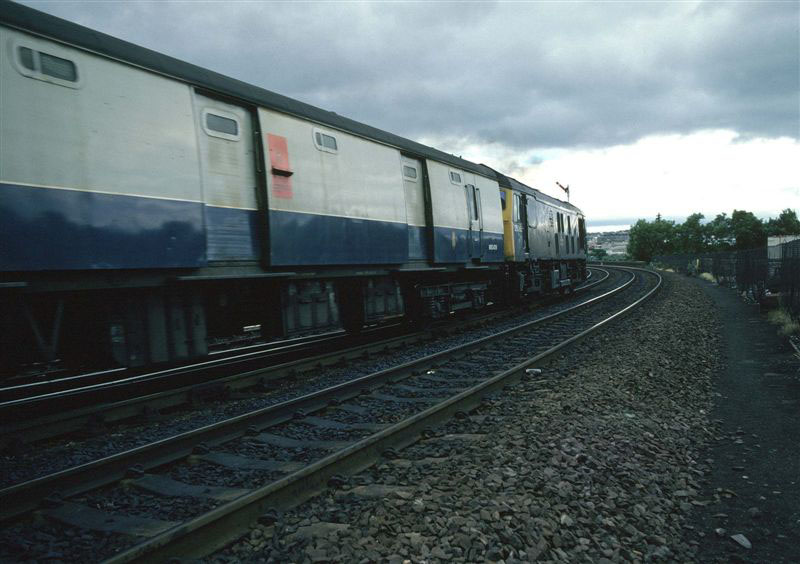 The southbound West Coast Postal accelerates away from Aberdeen with 25065 in charge on July 18th 1979. This working was more normally in the hands of Classes 26/40, today however, Derby's finest will rattle & roll down the east coast coast of Scotland as far as Dundee before heading inland. 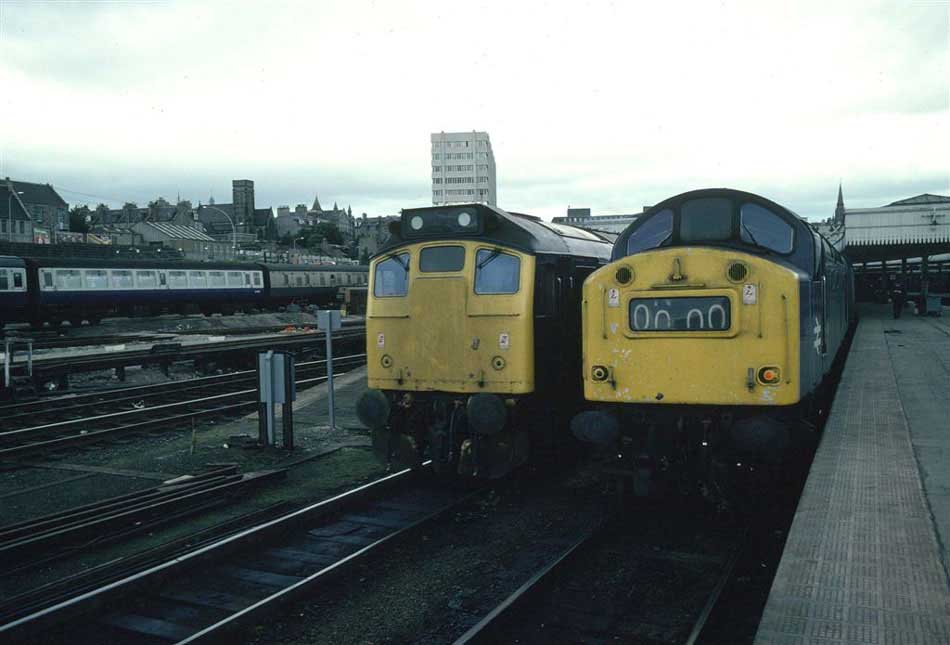 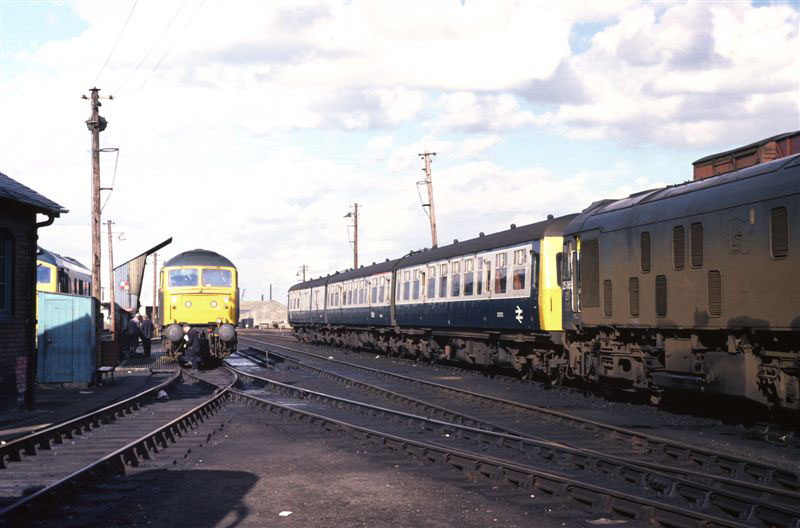 In this April 1978 view 25065 is coupled to the Swindon diesel multiple unit, suggesting that a rescue has been made recently on the Inverness - Aberdeen service. Off to the left is 25033. The Class 47/4 remains anonymous. 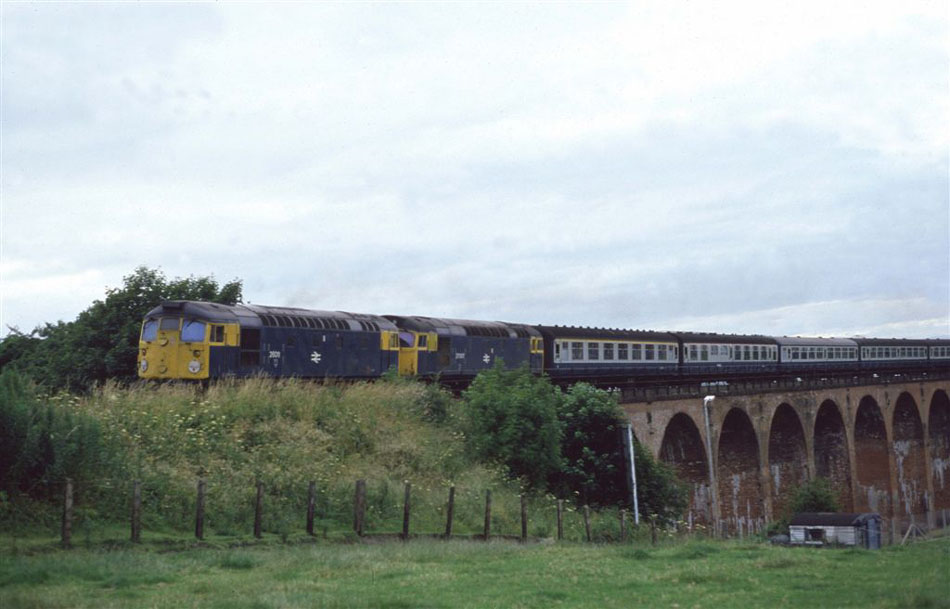 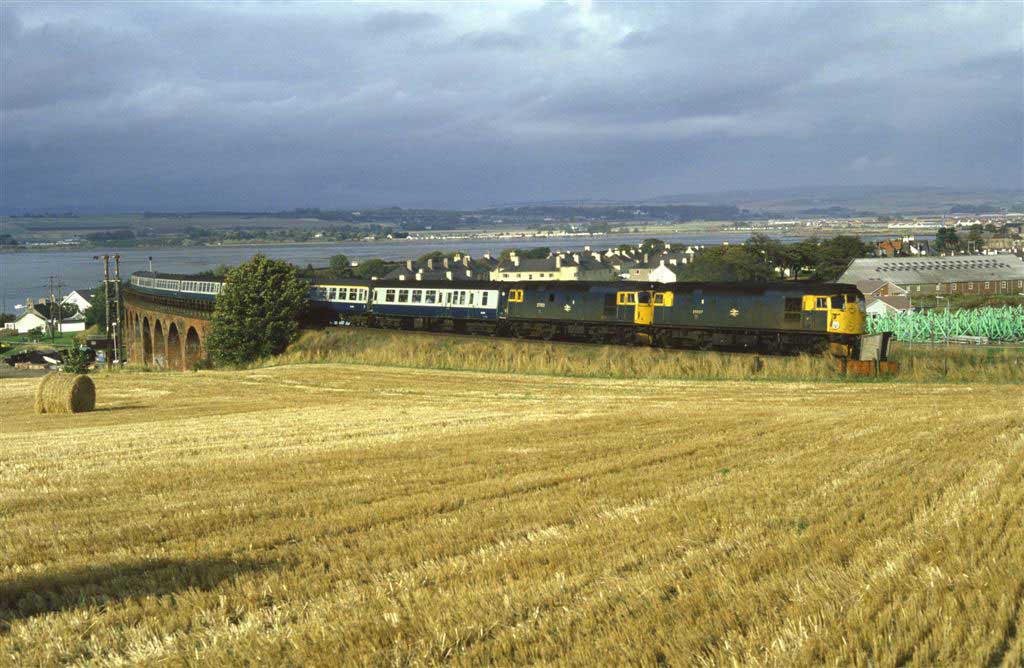 The October evening light fades on 26037 & 27002 as they leave Montrose and pass through Ferryden with an Aberdeen - Edinburgh working, 1981. Can't you just hear the two Sulzer 6LDA's echoing out across Montrose Basin?

Some Before & After views

Views from one of my rare visits to Ferryhill 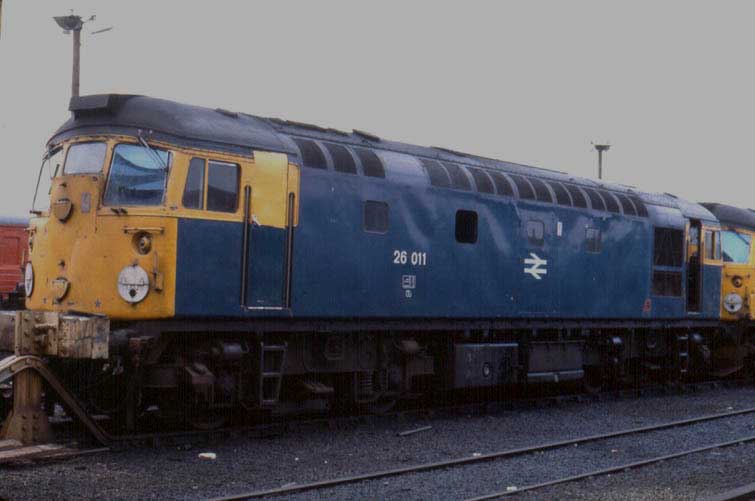 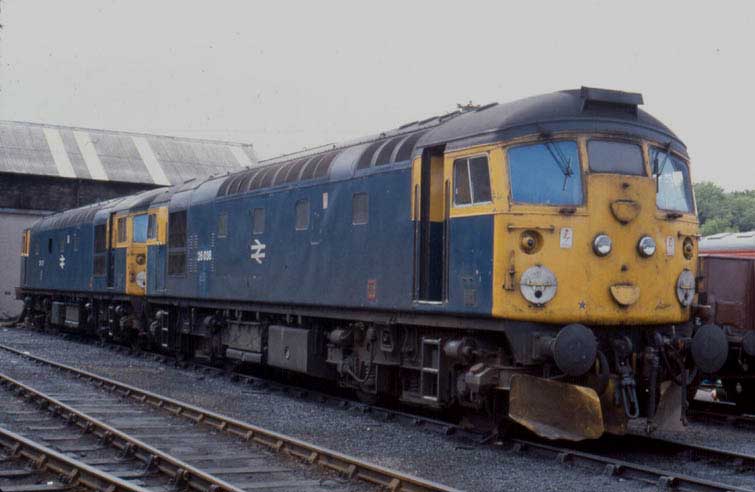 A camping trip to Scotland in June 1978 provided the opportunity to capture the local railway activity. Seen here at Ferryhill is 26038 & 26011. 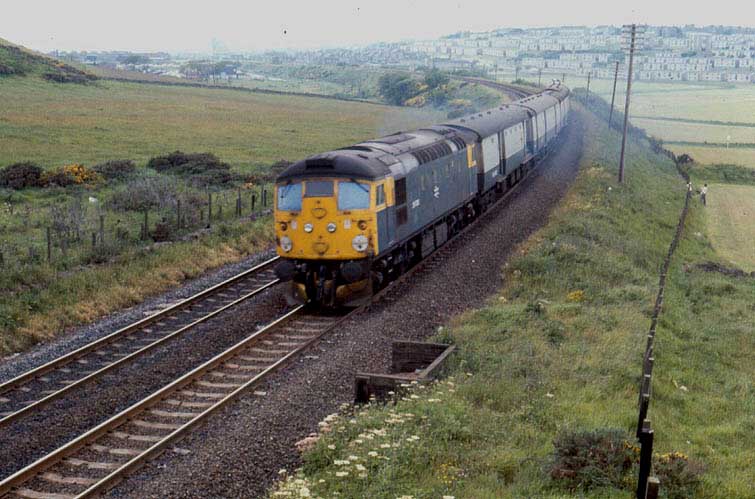 Our campsite was close to Nigg Bay, which allowed some opportunity to photograph the workings on the line south of the city. Seen here is 26038 again, this time working the 'Postal' south. 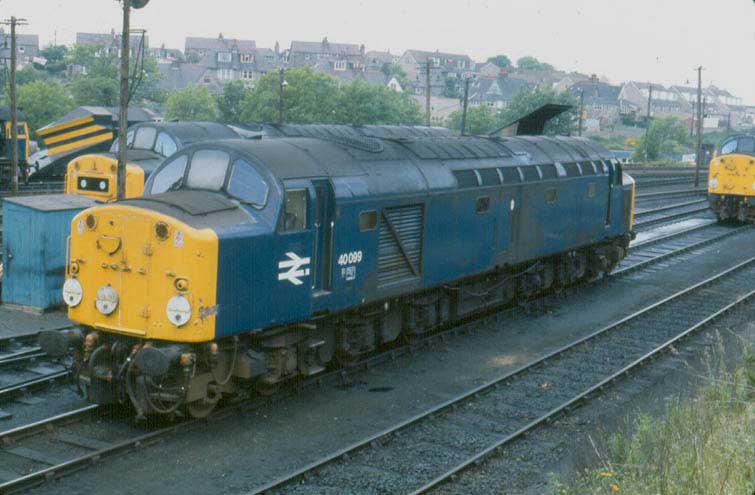 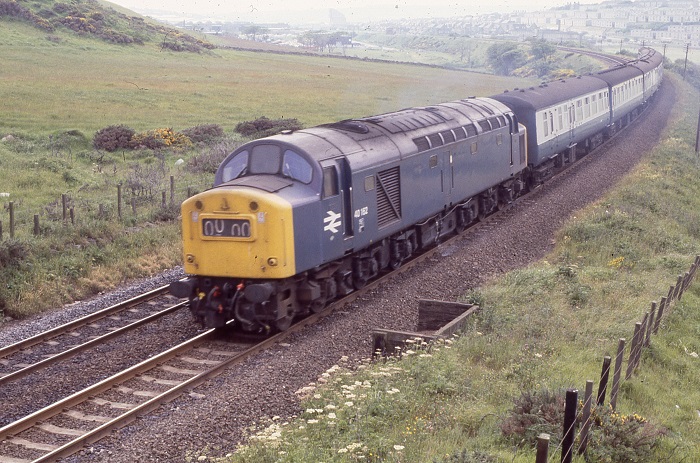 Back lineside at Nigg Bay, 40162 has been diagrammed for one of the services to Glasgow Queen Street. 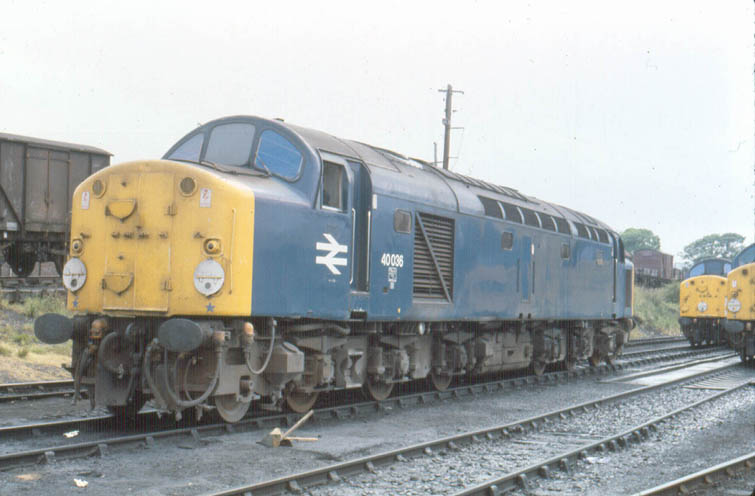 Back to Ferryhill, only to find an LMR invader, 40036 taking a break before its next turn.

Some older views from the area

From the collection of Norman Smart 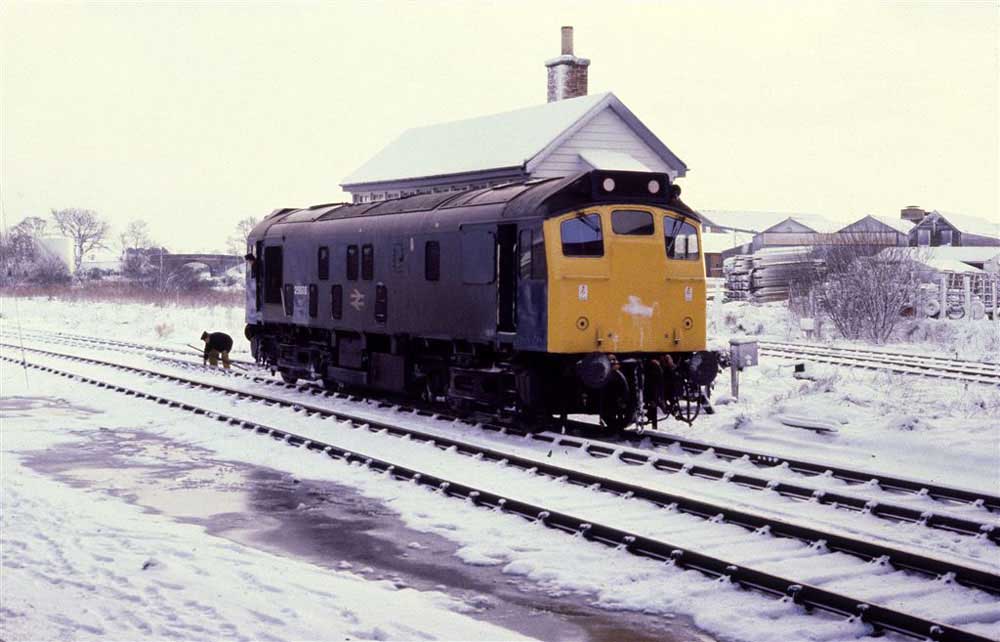 A snowy view of 25076 at Elgin during the winter of 1981. The view was passed onto me by Mike, who is providing a home for Norman's railway photographs following his death recently (Nov 2002). 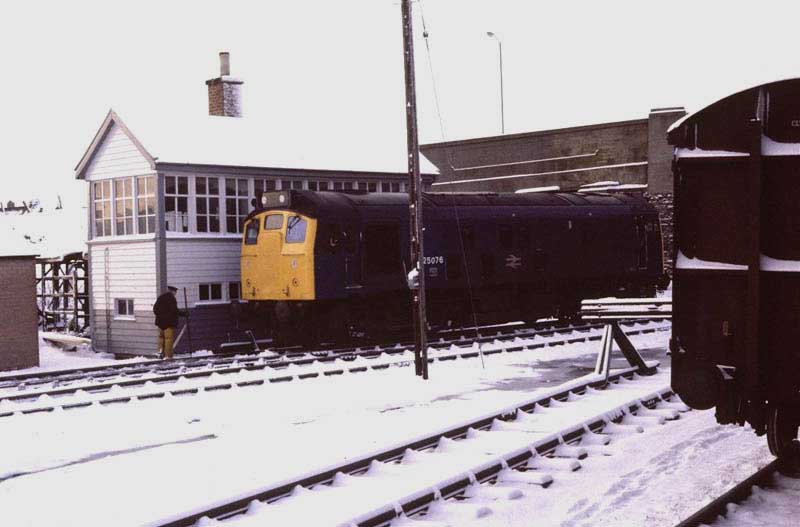 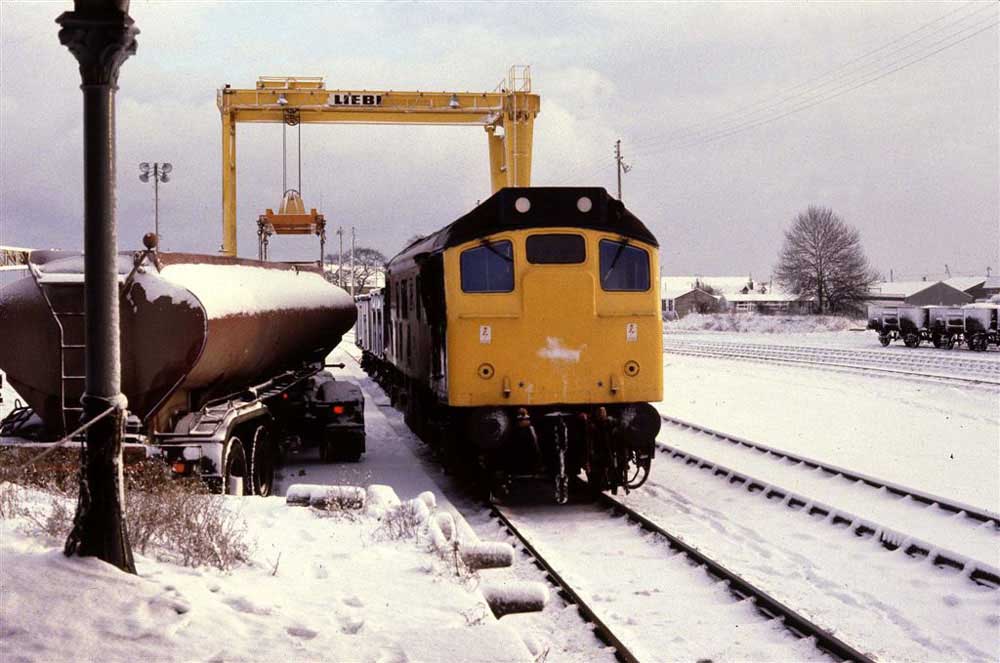 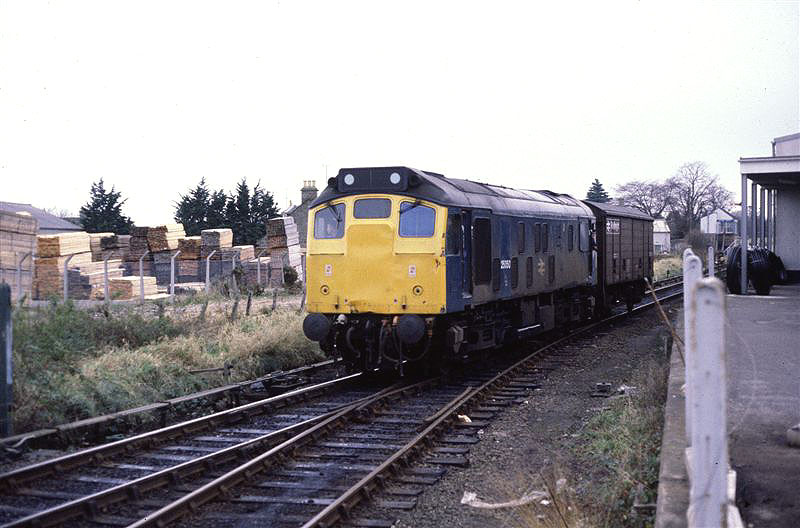 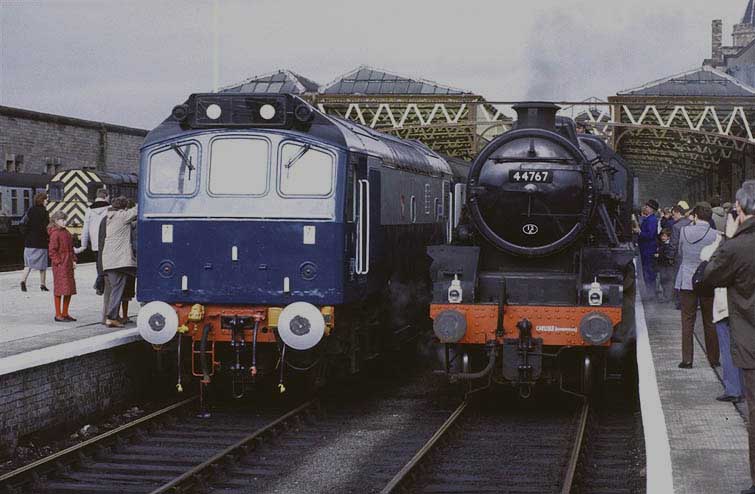 On April 13th 1985 the Scottish Region put on an event at Perth Station, bringing together a number of locomotives and rolling stock. Included was 97250 and one of the Mk3 sleepers which had made the existance of the 'Ethels' necessary. (NS) 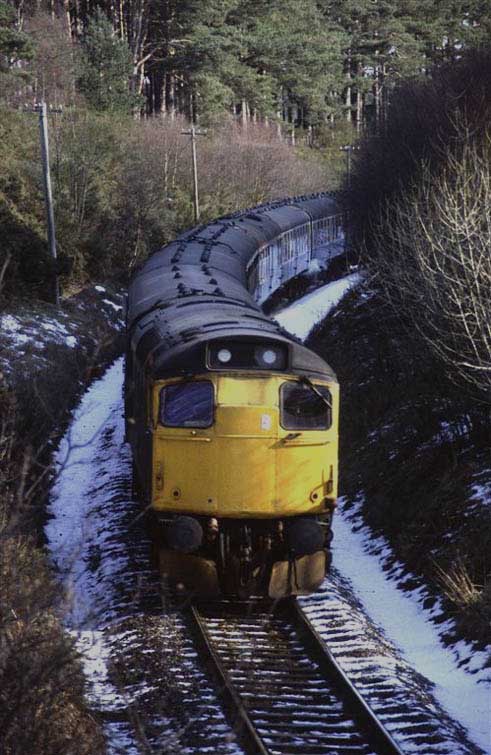 Photograph courtesy Norman Smart.
With snow on the ground and steam escaping from the coach connections an un-identified Class 27 clocks up the miles on yet another service over the Aberdeen - Inverness line. This view is believed between Keith & Elgin. 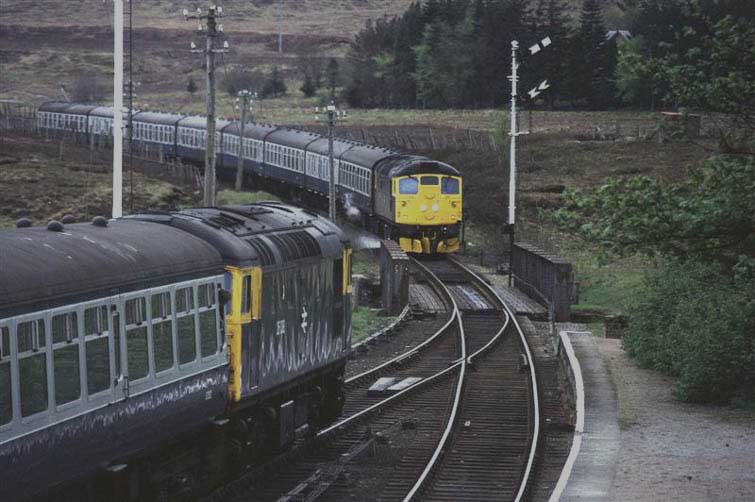 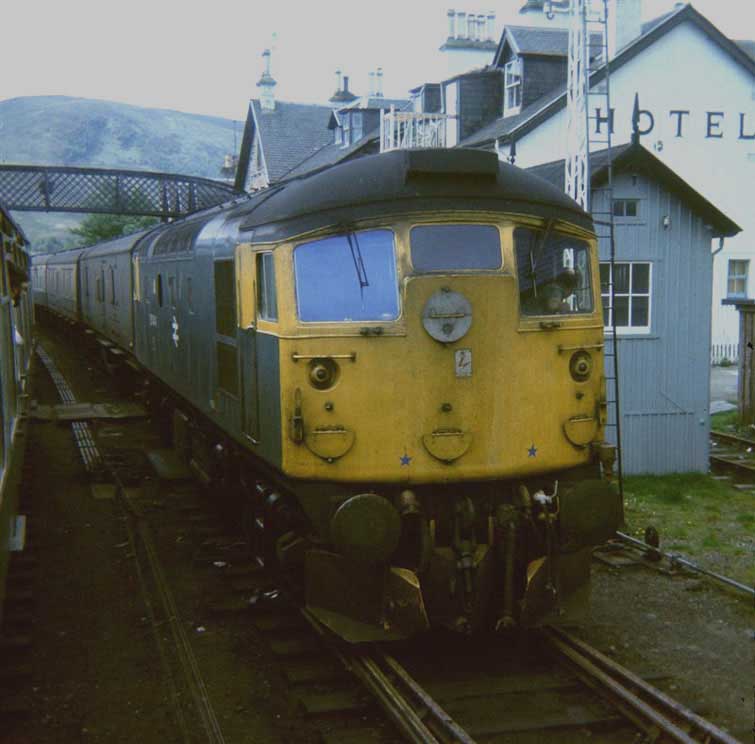 Photograph courtesy Norman Smart.
More 26s and Mk1s at Achnasheen as service trains pass, date unknown, but a scene captured many times on film by travellers everywhere. Here 26041 becomes the star for a moment.