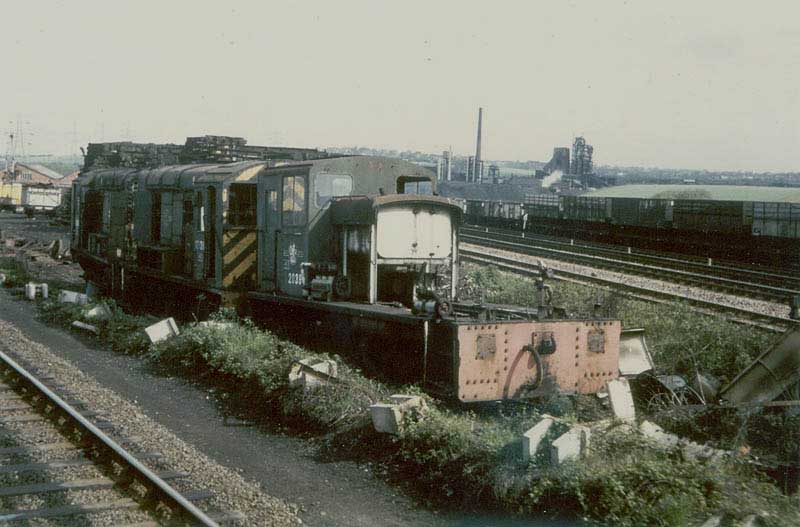 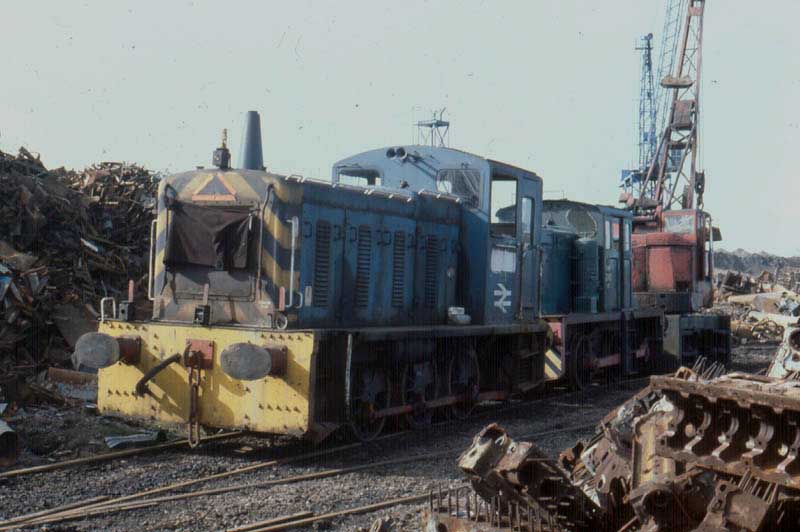 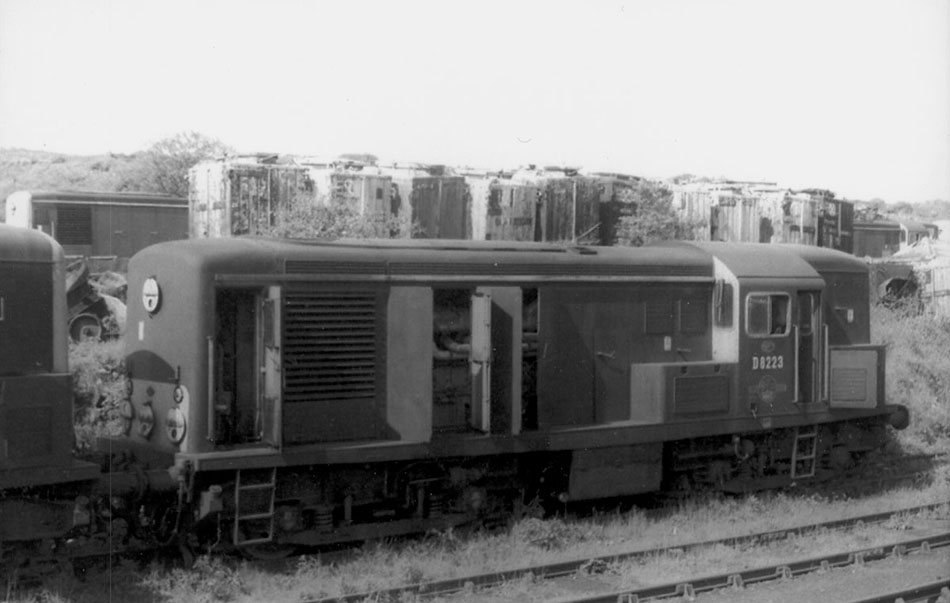 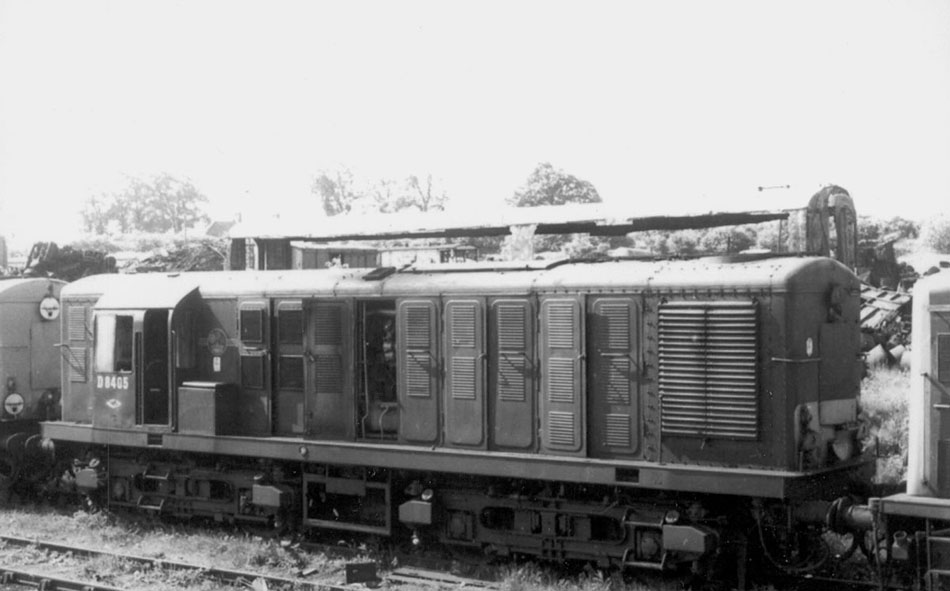 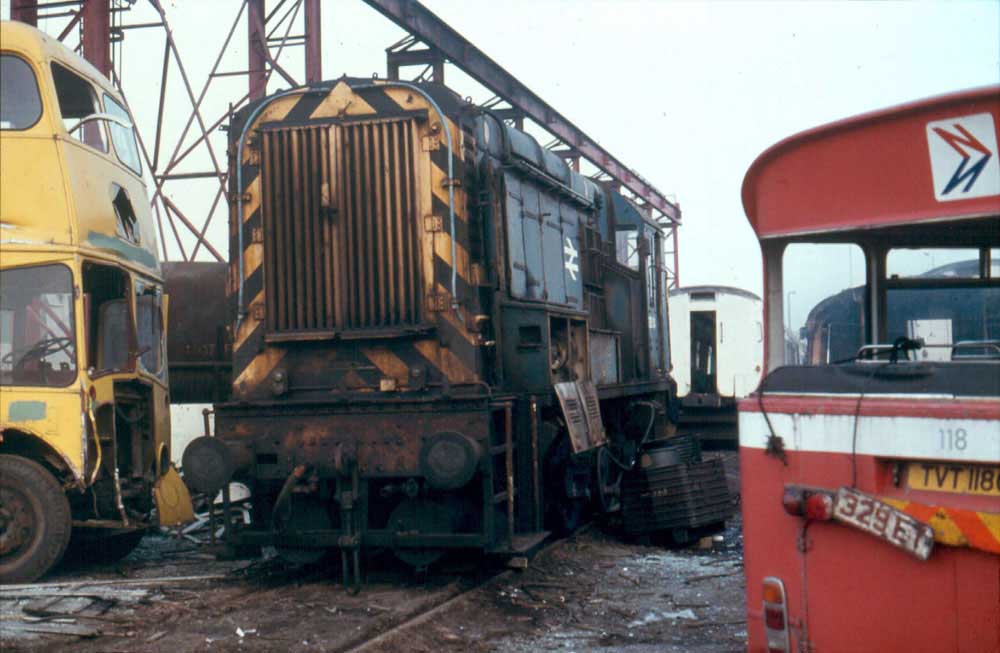 Photograph courtesy A Healey
A familiar locomotive in strange surroundings. A longtime resident of the Derby & Burton area 08014 awaits a gloomy fate at Booth's yard on November 8th 1981. 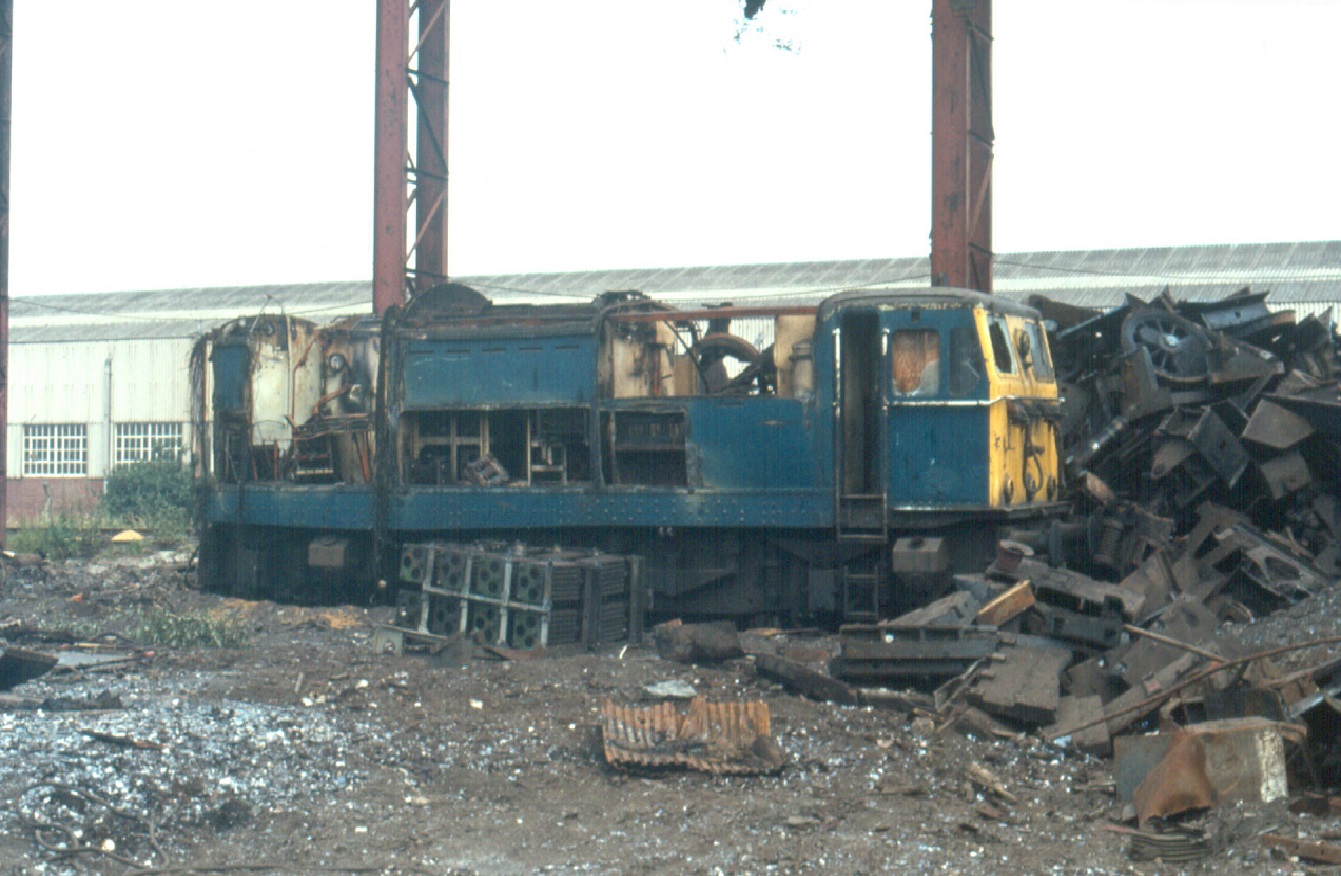 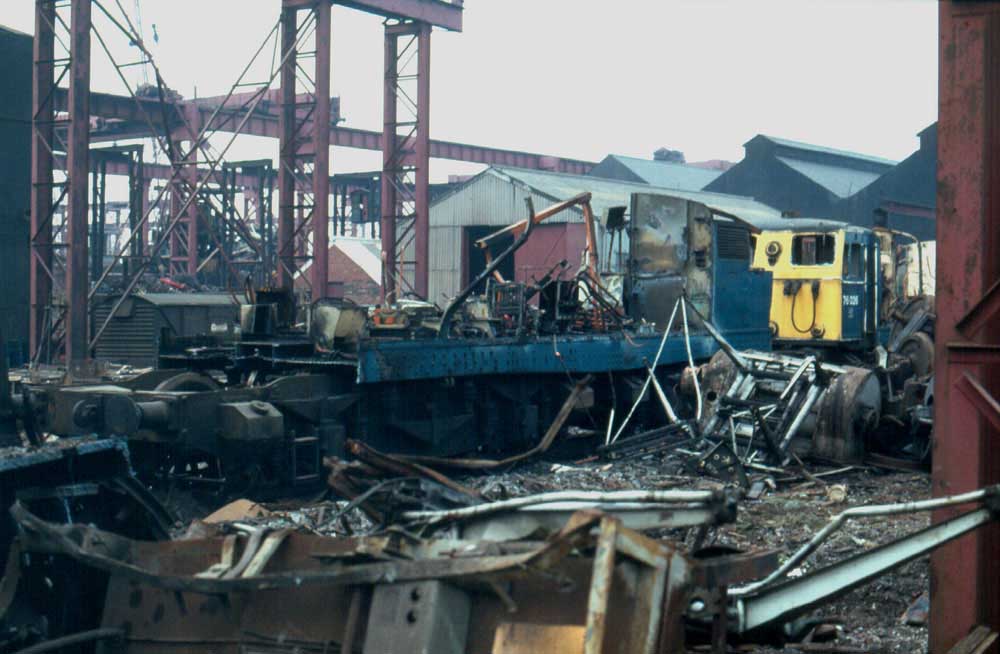 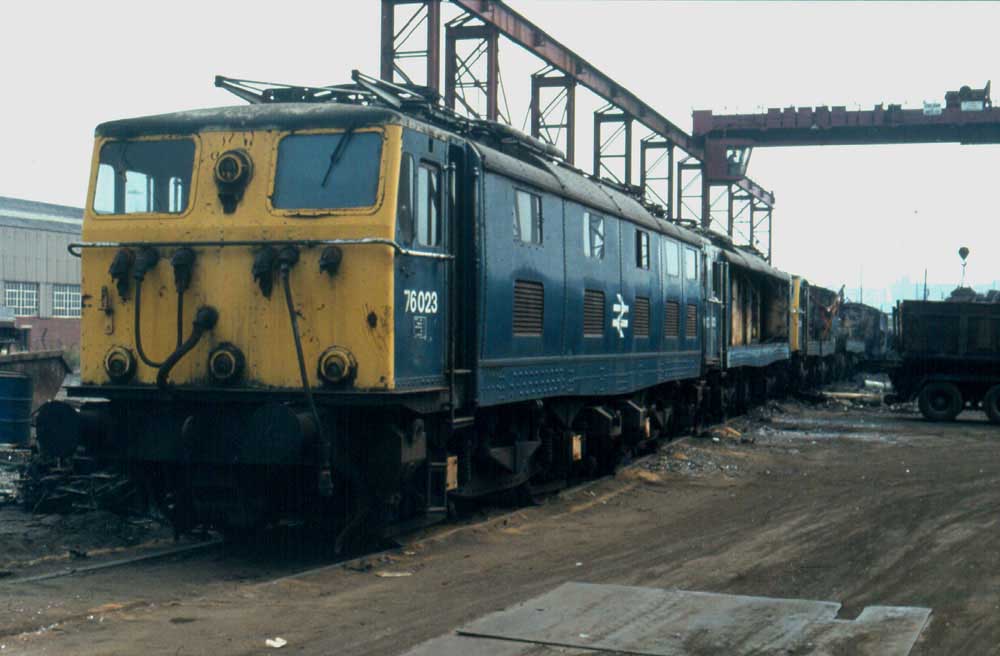 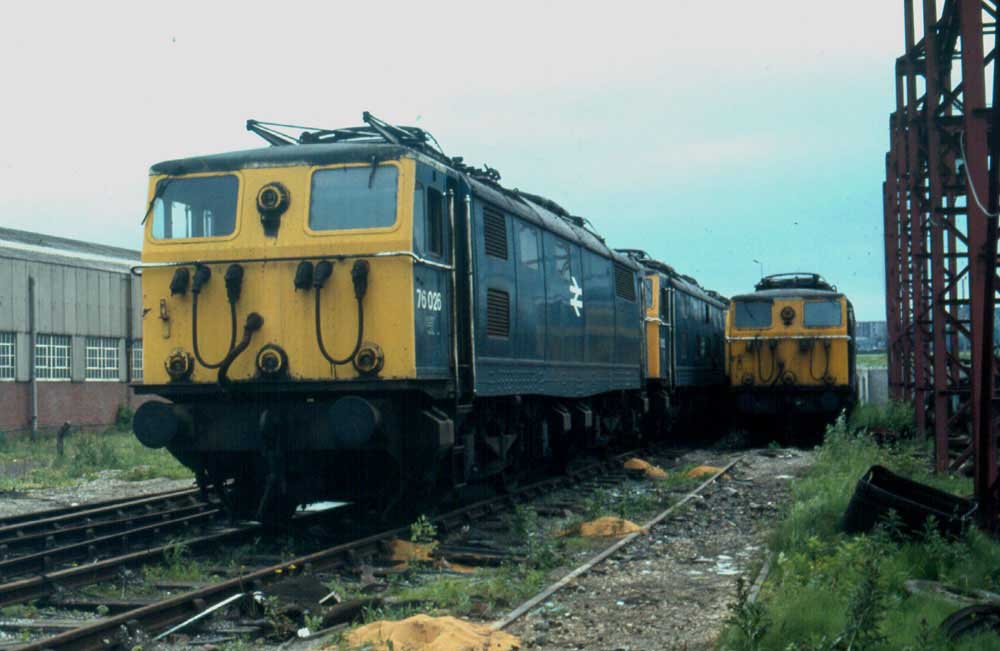 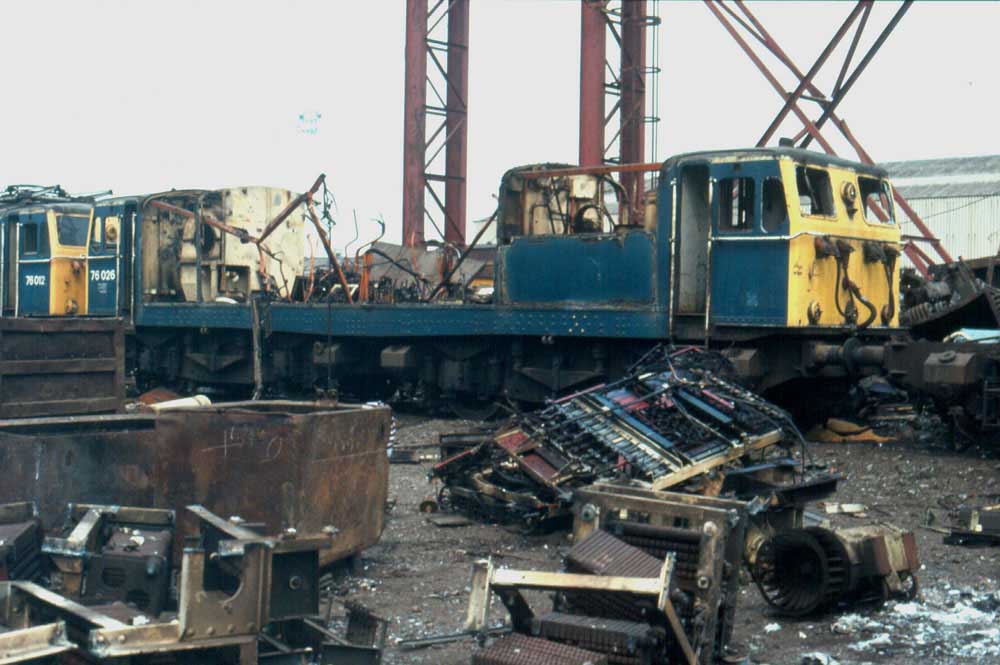 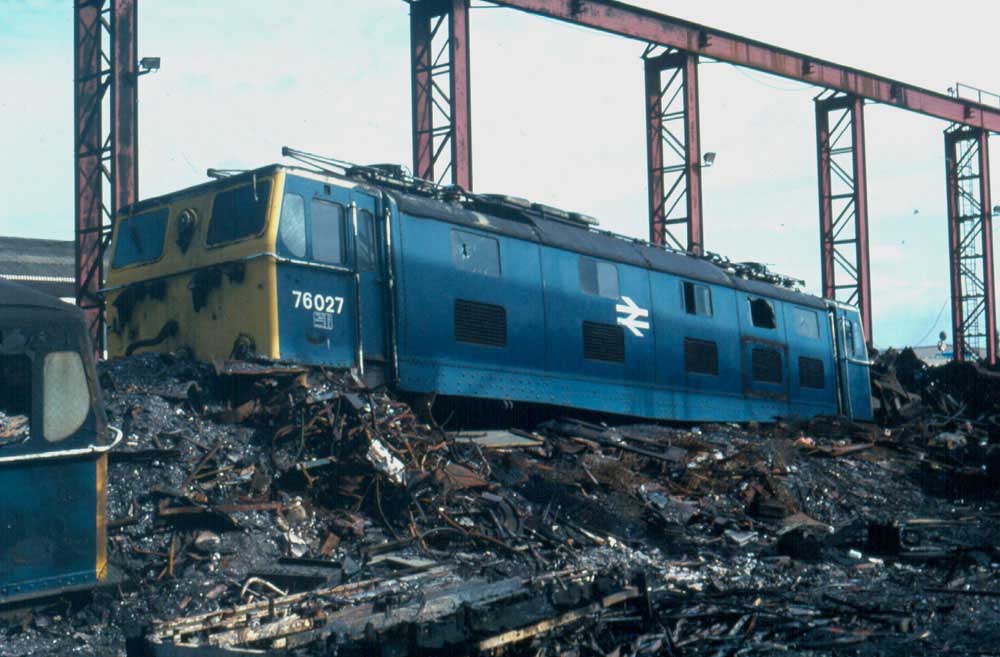 
Late in 1972 word got around that a scrapyard at Kilnhurst contained piles of scrap composed of various ex Western Region diesel hydraulics. The locomotives had not been towed here to be broken up, rather the scrap had come from Swindon for re-processing by a Kilnhurst metal processor. Whilst this has absolutely nothing to do with the Class 24/25's there is a Sulzer connection in that scrap was also received from Glasgow Works, which was rumoured to represent various Claytons and Class 26 D5328!

I would like to thank David Rogers for these most interesting views, of a location which I've never seen published elsewhere.