1976
The summer dated Nottingham - Llandudno Town roundtrip was worked by 25074 & 25205 on July 7th. Two weeks later on July 23rd a Banbury - Aberystwyth day excursion was worked out and back by 25074 & 25188. The next day (24th) the same pair were in use on a Cambridge - Aberystwyth day excursion, working from/to Wolverhampton, for a two day total of 558 passenger miles.

1977
1977 produced a little variety, starting on January 13th 25074 worked a morning Crewe - Lincoln Central with hauled stock in the absence of a diesel multiple unit.

A three coach shoppers special was worked by 25074 on August 29th from Holyhead - Llandudno Junction, 24081 took the train forward to Llandudno Town. 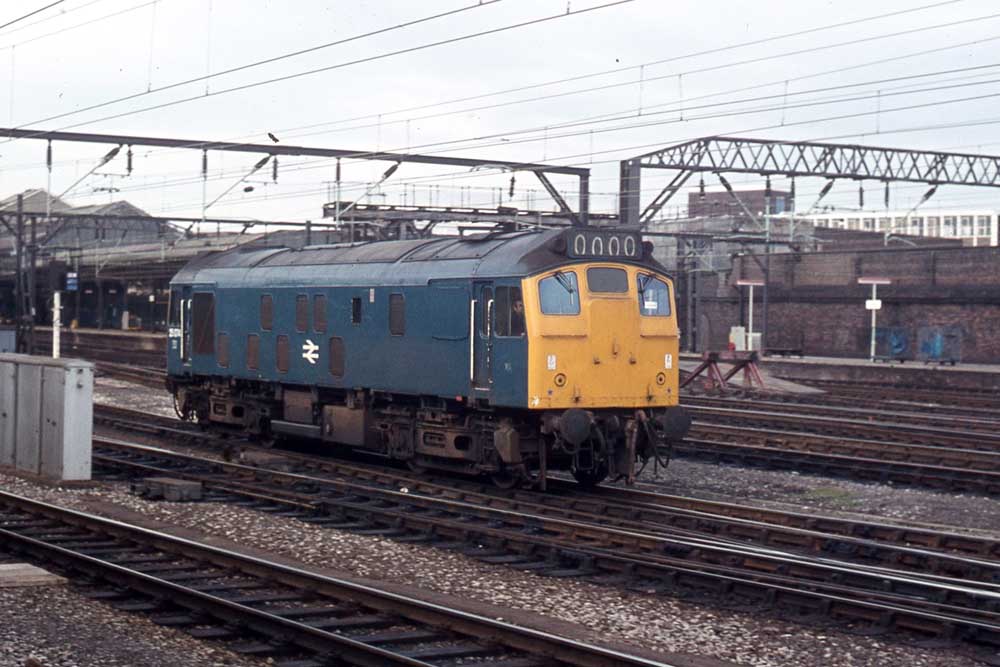 1978
25074 was noted on a departmental working southbound at Washwood Heath on April 21st.

The workings for 1978 started out with the run of the mill seaside visits but ended with a mammoth trip. On May 1st 25074 & 25036 wored a roundtrip relief Leicester - Skegness. A Swansea - Spalding flower excursion on May 6th was worked forward from Nottingham to Spalding by 25074 & 25073, replacing a locomotive failure on the outward leg, the return to Nottingham is assumed.

25074 was noted southbound through Preston with tankers (chlorine?) on August 23rd.

September produced two Cardiff - Crewe line workings; on September 15th working the 06.04 Crewe - Cardiff and on September 28th working the 17.10 Cardiff - Crewe. The next day proved to be a monster for 25074 & 25073. They were diagrammed for the 'Wadebridge Wanderer' railtour departing Derby at 20.30 on September 29th for Plymouth working via West Ruislip, Greenford, Drayton Green Junction, Hanwell, Bath, Bristol Temple Meads, Taunton, Exeter St Davids, Newton Abbot and Plymouth. The return was equally as torturous, at Exeter St Davids the ex-LSWR route was taken to Salisbury & Basingstoke, then turning off to Reading and reaching Leicester by which route? for a total of at least 780 miles for each locomotive.

On October 27th 25074 worked three coal wagons and brakevan for the coal concentration depot at Pensnett.

The Mondays Only 05.49 Toton - Eastleigh freight was worked by 25127 & 25074 on October 25th, the next day the same pair of locomotives were noted westbound light engines at Water Orton.

On the morning of November 9th 25074 was stabled at York. 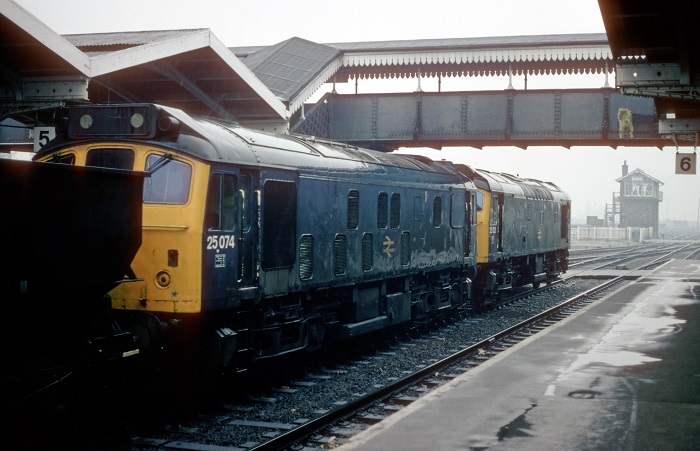 25074 was stabled at Springs Branch on September 1st.

A cabside number panel with TOPS decal survived the scrapping of 25074.