1973
At about 7am on February 8th 5244 was noted at Manchester Victoria with a down freight.

25094 removed seventeen milk tanks from the Hemyock branch on August 20th, the Unigate Factory having recently converted to road haulage, the only tanks remaining were for emergency use until the branch closed completely on October 31st.

On September 24th 25094 was noted at Exeter stabling point. 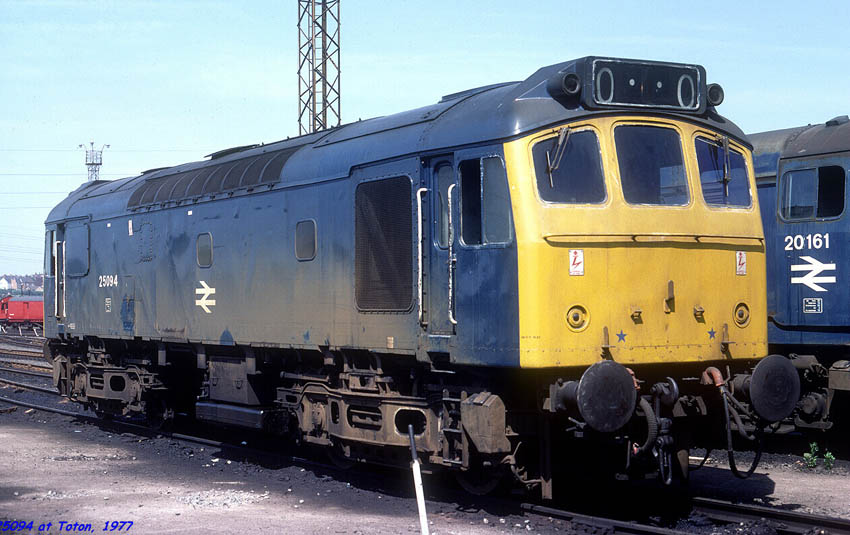 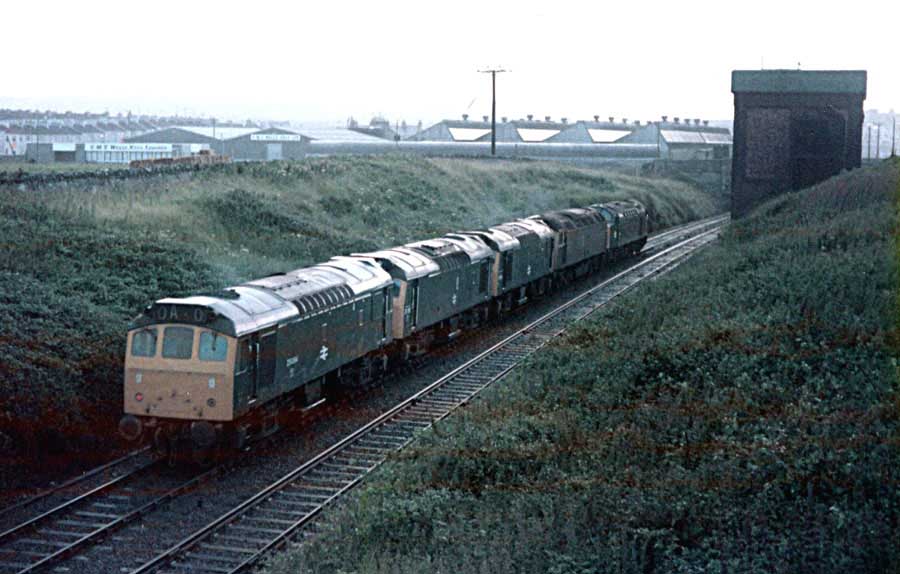 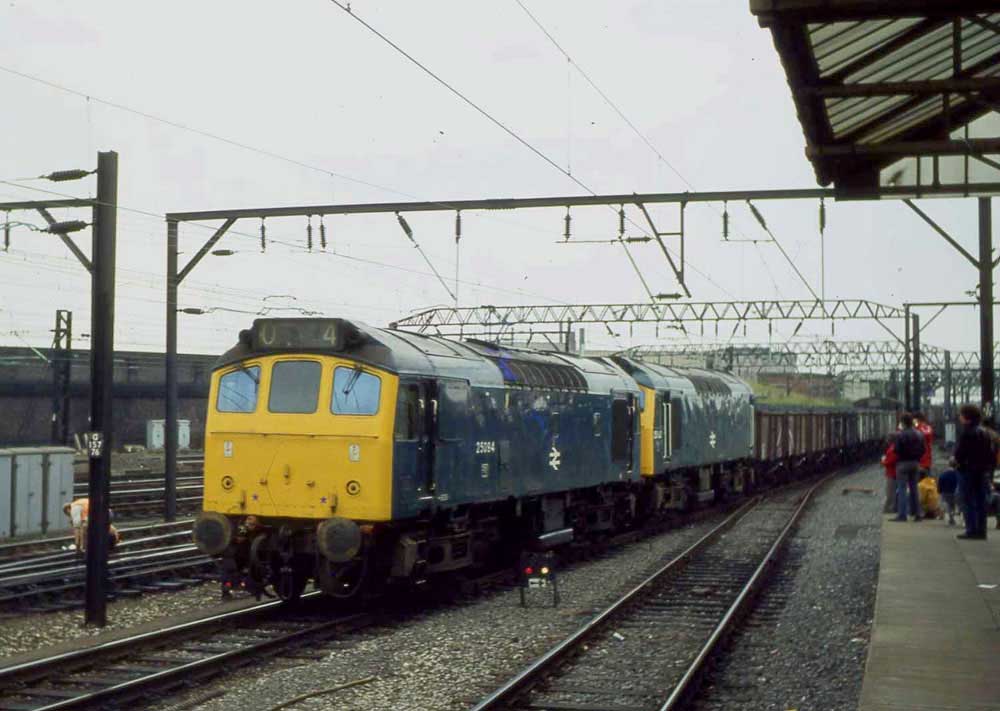 Photograph courtesy John Powell
A familiar scene at Crewe as 25094 and a relatively ex-works 25133 head north through the station with a mixed freight on August 23rd 1978.

On the morning of May 26th 25094 was noted at Colwyn Bay with a down permanent way train.

On the afternoon of April 18th 25094 was noted passing Beeston (Notts).

On April 30th 25094 was northbound at Oxford with a trip freight.

25094 was stabled at Crewe on the afternoon of December 15th. 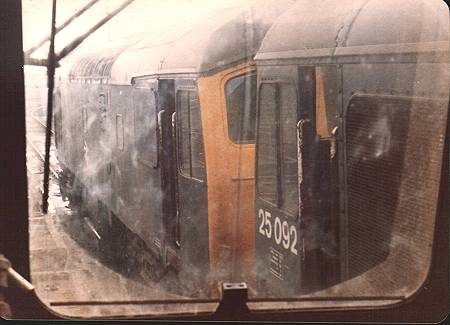