A longer distance working regularly hauled by Class 25s and featuring considerable mileage ‘under the wires’ was the round trip Gunnie – Penyffordd (Wrexham North???) freight, 25165 & 25170 taking the northbound leg on June 13th.

During October 25170 was transferred to Laira, providing the opportunity to handle local passenger services in the Exeter area.

On August 5th 25170 worked an officer's special towards Lostwithiel during the early afternoon. It then returned to Plymouth and worked the 16.10 Plymouth - Newquay, an unadvertised special passenger service which ran on Tuesdays & Thursdays for six weeks during the summer. It was not often worked by a Class 25.

On the morning of April 24th 25170 was at Moorswater with a clay train. 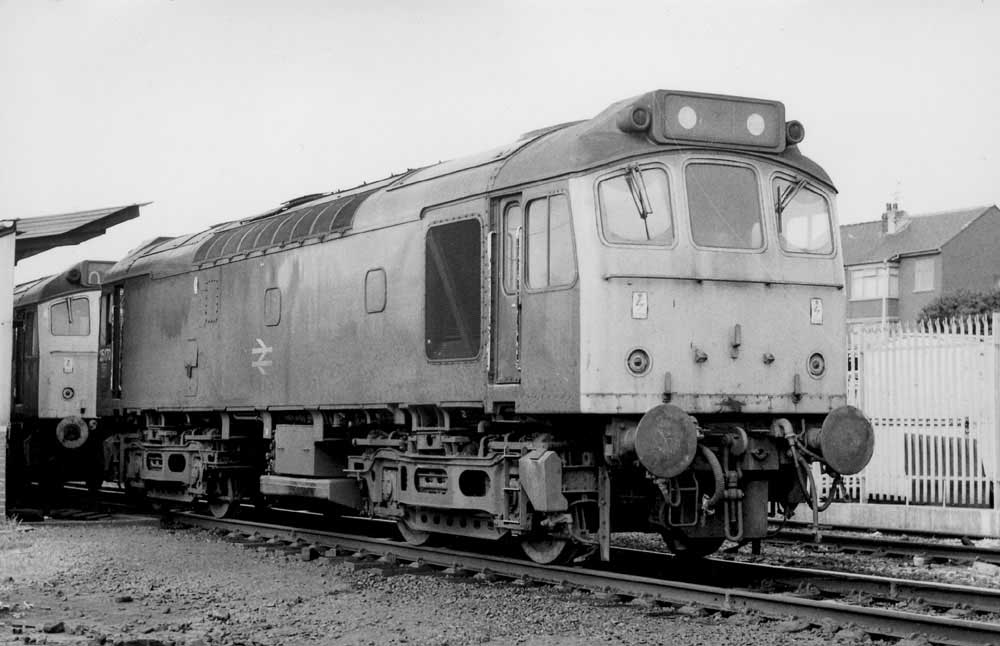 Photograph collection of webmaster.
25170 at Springs Branch on July 9th 1978.

On August 8th 25170 was noted westbound at Manchester Victoria with a loaded spoil train. 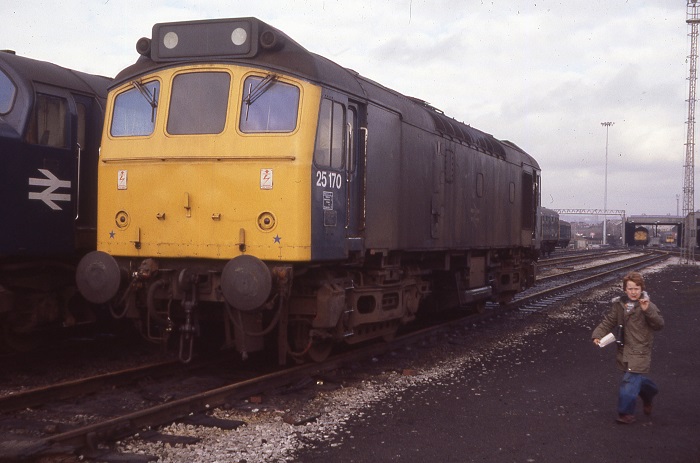