Above information recorded from Derby, below is from Long Eaton.

25169 was noted at Exeter on November 14th and was available for the 7B59 and the Chard milk if needed.

On the evening of April 18th 25169 was northbound at Saltley with a freight.

1975
On January 21st 24141 and 25169 were noted leaving Severn Tunnel Junction with a freight headed in the Gloucester direction.

On December 9th 25169 was noted at Exeter stabling point.

On January 29th 25169 was noted at Exeter stabling point. 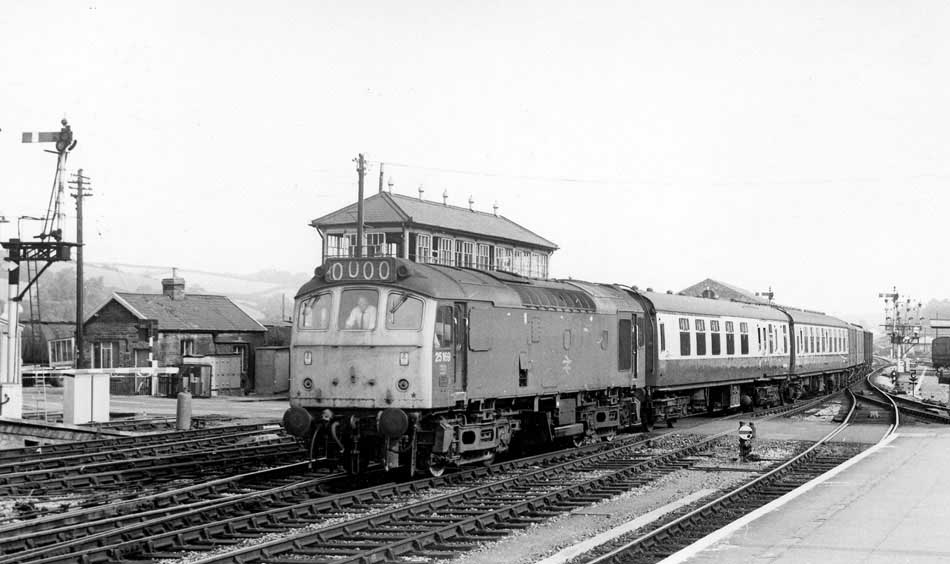 Photograph courtesy J. Davenport.
Its July 1st 1976 and soon to be transferred 25169 is arriving at Exeter with the 07.35 mixed train from Barnstaple.

25169 was stabled at Llandudno Junction on August 12th.

On the morning of June 18th 25169 was northbound at York with a mixed freight.

On August 3rd 25169 & 25192 worked a roundtrip Chester - Paignton day excursion throught, a total of 530 passenger miles. On the return journey Paignton was left on time, but at Bristol the train was held for about an hour whilst a crew was found to take the train forward.

During the afternoon of December 15th 25169 was stabled at Chester station and was noted later that day at Crewe.

Flame cut number panels from 25169 survived the scrapping of the locomotive.