On May 15th 25179 was stabled near Peterborough station.

On October 7th & 14th 25179 worked the Fridays only Washwood Heath - Hethersett tanks, retiring to Norwich depot before returning west. This was a regular Class 25 turn at this time.

1978
March 9th brought trouble to the Wembley area when an engineers train led by 25236 had three wagons become derailed as they split the trap points on leaving the up loop. Both slow lines were blocked, Willesden had to borrow 25179 from Cricklewood to attend with the breakdown crane, which was in fact not needed, the errant wagons being rerailed by other means.

On August 1st 25179 was noted westbound at March with a mixed freight. The remainder of 25179's passenger haulage involved the Midland mainline. On August 7th 25179 & 25264 worked a Leicester - St. Pancras service. 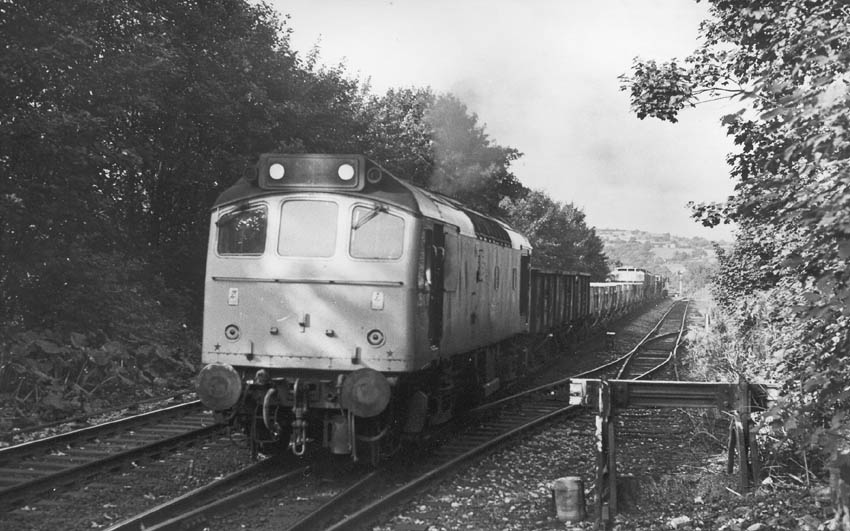 On March 28th 25179 was noted northbound through Derby with coal wagons.

25179 was noted at Milford Junction on May 9th on a freight service.

On September 21st 25179 was noted eastbound at New Mills Central with a lengthy freight.

On September 24th 25179 was noted eastbound at Chinley with empty ICI stone hoppers.

25179's last passenger haulage involved rescuing 45131 on the 08.48 St. Pancras - Sheffield forward from Bedford, the date is stated as either November 4th or November 11th. 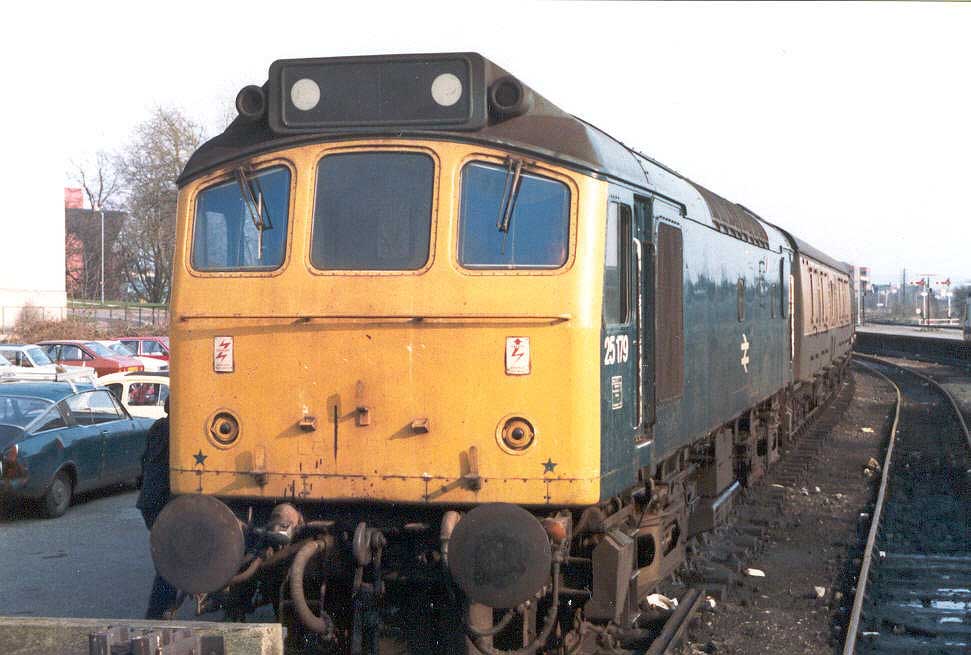