25270 was noted at Bristol Parkway with a down freight on June 25th.

On November 8th 25270 was eastbound through Guide Bridge with a mixed freight. On November 9th 25270 was noted westbound at Miles Platting with a freight.

On October 23rd 25270 was noted at Kettering Junction with a short ballast train. 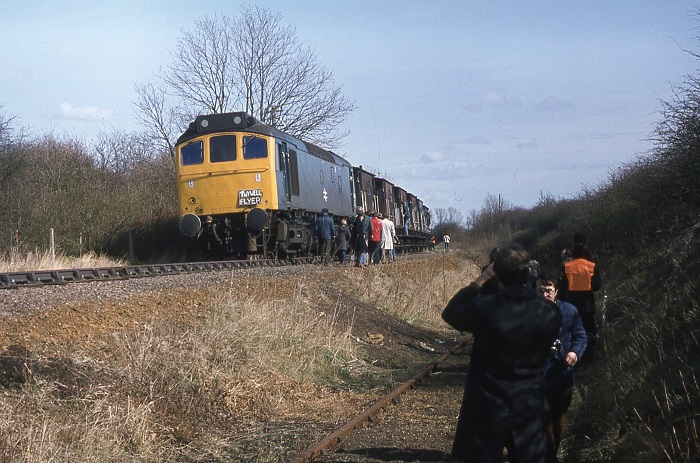 Photograph collection of webmaster.
25270 and the 'Twywell Flyer" on March 18th 1978, somewhere between Kettering Junction and Twywell. Much of the trackbed of this line was utilised in the realignment and widening of the A14 trunk road.

On the afternoon of May 2nd 25270 was at Watford Junction with southbound oil tanks.

On the morning of October 23rd 25270 was noted at Saltley depot.

25134 & 25270 were noted on the Market Harborough - Northampton line with a lengthy train of mineral wagons on August 6th, possibly a Draycott - Wolverton Old Yard sand train. The next day, August 7th the same locomotives worked a Birmingham New Street - Plymouth service as far as Bristol Temple Meads, then returning north from Bristol with a Plymouth - Liverpool service, working through to the destination, 270 miles of haulage, the highest recorded one day mileage for 25270. On August 12th 25270 & 25280 worked a relief roundtrip Nottingham - Skegness service. 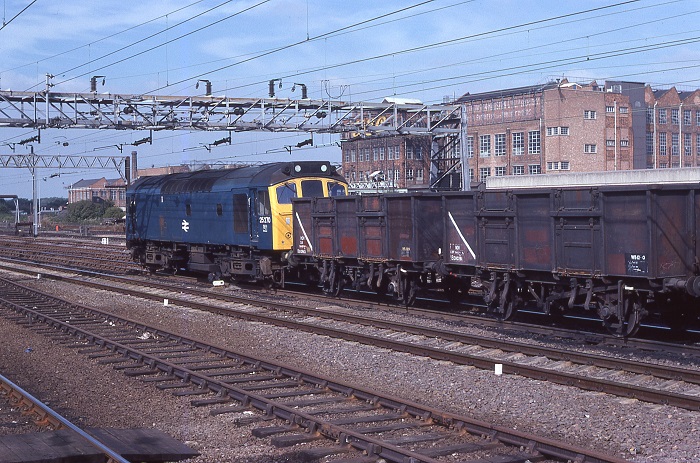 Photograph collection of webmaster
25270 northbound at Rugby during September 1979. Behind the train is the former BTH / AEI / GEC Rugby works.

The late morning Banbury pick-up freight was noted at Oxford on October 25th with 25270.

25270 was stabled at Wellingborough on the morning of November 26th. 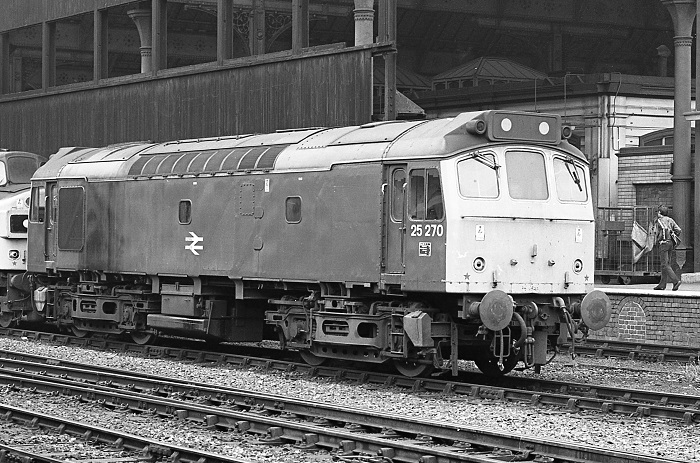 Photograph collection of webmaster
25270 at Manchester Victoria on May 24th 1980. Different style sandboxes are fitted to each bogie.

Gloucester Motor Parcel Van No. 55996 started on its last journey on August 13th behind 25270 from Allerton towards Crewe, with an ultimate destination of Snailwell for scrapping.

25270 was noted at Toton yard with a mixed freight on September 1st. 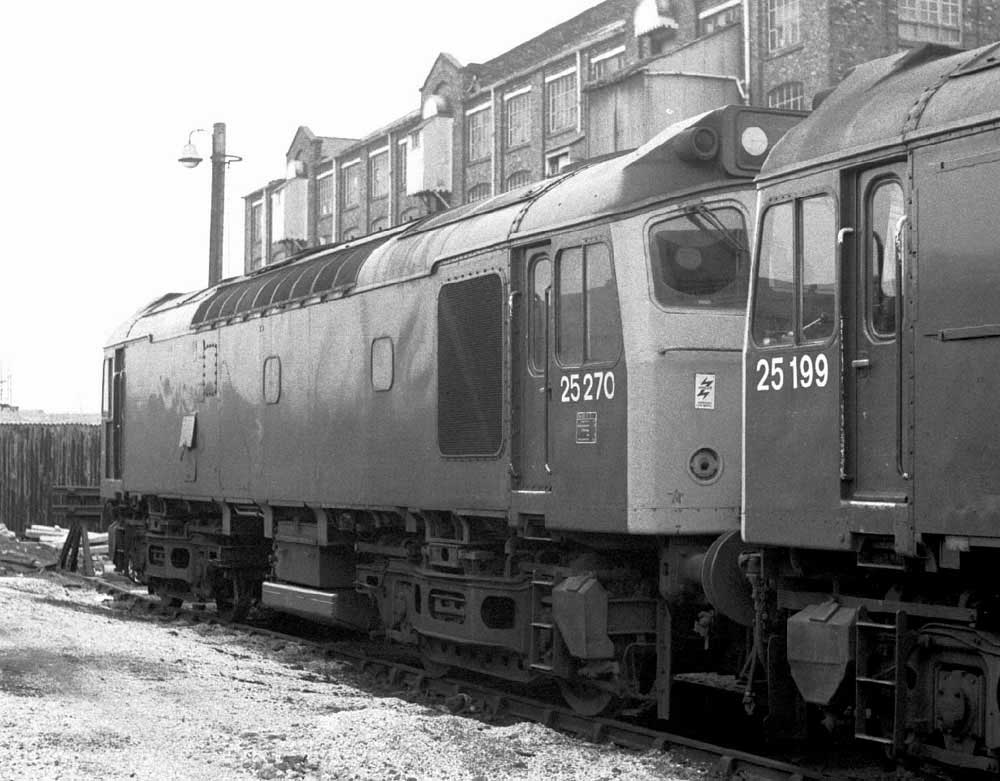 Photograph courtesy Tony Sayer
One result of the placement of the recess under the driver's cab window was to have the loco number positioned at the 'wrong end' when BR adopted the policy of one number per cab side. Seen here at Warrington on February 21st 1981, 25270 awaits its next turn of duty.

On March 1st 25270 was noted at Crewe station with an OHL wiring train.

25270 was noted propelling a weedkiller train through Lancaster Castle station on May 27th, a converted Gloucester driving trailer was leading the special. 25270 was later noted at Preston. On the afternoon of May 28th 25270 was noted at Guide Bridge on an eastbound cement. 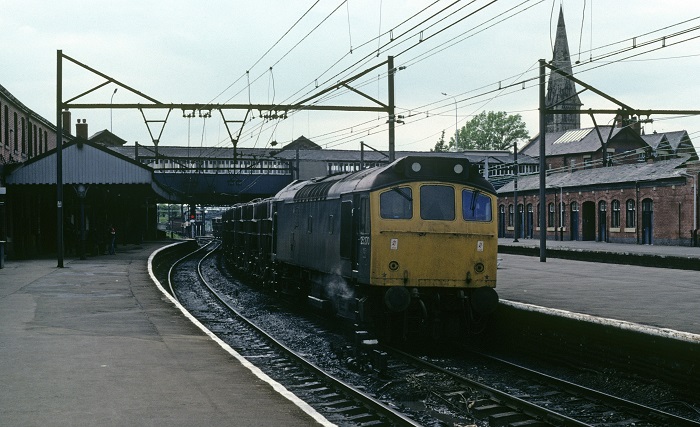 Photograph courtesy Roger Geach
25270 with a train of Presflos heads east through Guide Bridge on May 28th 1981.

On July 29th a Derby - Aberystwyth day excursion was worked from Wolverhampton to Aberystwyth and back to Derby by 25270 & 25056. Three days later on August 1st the same locomotives worked the 08.35 Derby - Yarmouth to Norwich, returning from Norwich with the 14.20 Yarmouth - Derby.

On June 13th 25270 worked the 09.50 Manchester Victoria - Llandudno Town diverted via Wigan Wallgate (reversal) due to engineering works) and the 14.20 Llandudno Town - Manchester Victoria. Inspection saloon No.TDB999503 was noted behind 25270 at Northwich on June 15th. The last passenger workings for 25270 took place on June 19th with 25304 working the 07.40 Euston - Aberystwyth from Wolverhampton, returning with the 14.00 Aberystwyth - Shrewsbury, but 25270 was removed at Machynlleth after becoming a failure.