Ex-works 25274 was noted at Northwich depot on February 23rd, presumably trying to find a way back to its home shed of Bristol.

On the afternoon of March 7th & 8th 25274 was noted on Exeter stabling point.

On May 13th 25274 was noted on a short Exeter Riverside - Exmouth Junction freight.

On the afternoon of September 19th 25274 was light engine at York.

On the morning of September 29th 25274 was noted at Bromford Bridge.

On a gloomy, wintry February 24th 25274 was noted at Wellingborough with a short freight.

On the late afternoon of May 1st 25274 was noted at Wigan on a down freight. 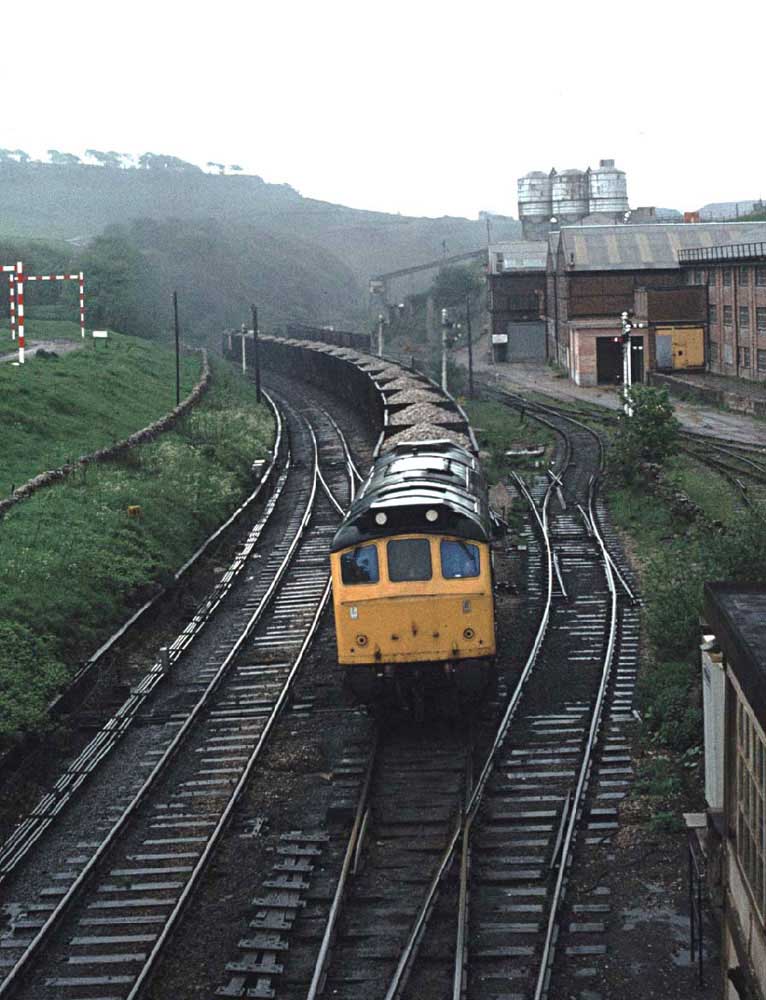 Photograph courtesy Tony Sayer
Its a damp day in Derbyshire as 25274 & 25308 get to grips with another trainload of limestone for the Northwich area, seen here passing Great Rocks on May 26th 1981.

The service life of 25274 after its last Classified repair was only 26 months, its unclear whether it suffered a major failure or whether there was a surplus of vacuum braked Class 25s at this time. 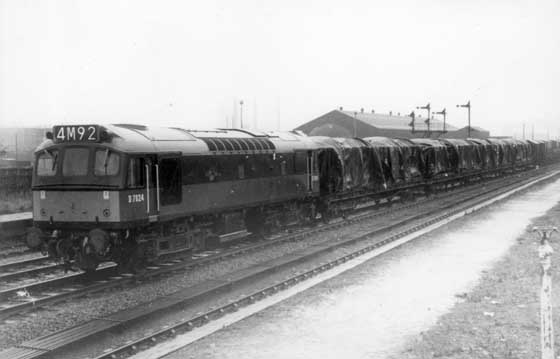 Photographer unknown
Almost brand new D7624 at Washwood Heath (?) during the summer of 1965.

Formed by a partnership of Charles Frederick Beyer (1813 - 1876), Richard Peacock (1820 - 1889) and Henry Robertson (1816 - 1888), the engineering firm of Beyer, Peacock Ltd, Gorton, Manchester produced nearly 8,000 locomotives between 1855 & 1966. Gorton Foundry was located at Openshaw on the south side of the railway line opposite to the Manchester, Sheffield and Lincolnshire Railway works at Gorton.

Steam locomotives were the mainstay of Beyer Peacock's production, with a total of 7,853 built. The transition to more modern forms of traction came too late for Beyer Peacock, although some orders were recieved (see below), they were not enough and so similar to several other renowned British locomotive manufacturers, production ceased and the workshops closed during the 1960's.