There were no other notes on the snag sheet, so presumably the test run went well.

At about 6pm on December 17th 5255 was noted passing Manchester Victoria with an up van train (6J06).

1976
On the morning of June 2nd 25105 was noted at Shipley southbound with a train of Presflos.

On July 7th 25105 was eastbound at Northwich with empty ICI hoppers for Tunstead.

On October 15th 25105 was the Manchester Victoria banker.

On the afternoon of December 6th 25105 was light engine at Olive Mount Junction.

25105 was noted on Bristol Bath Road on the morning of August 21st.

Because of the implications of a recent derailment, the Class 86/0s regained their 80 mph speed restriction whilst the use of Classes 81 – 85 was permitted on air braked, air conditioned trains. Despite these alterations the northern end of the WCML saw a number of electrically hauled freights substituting with diesel power including the use of Class 25s. So noted were 25095 on February 20th's late evening Willesden – Runcorn freight and 25105 & 25159 on February 21st's mid-day Carlisle – Severn Tunnel Junction freight. 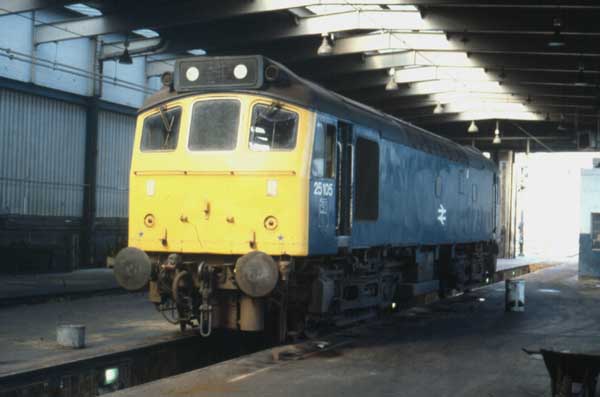 On May 23rd 25105 was noted at Peak Forest with empty ICI limestone wagons.

On the morning of November 1st 25105 was noted at Carlisle with a permanent way train.

25105 was stabled at Crewe on the afternoon of December 15th. 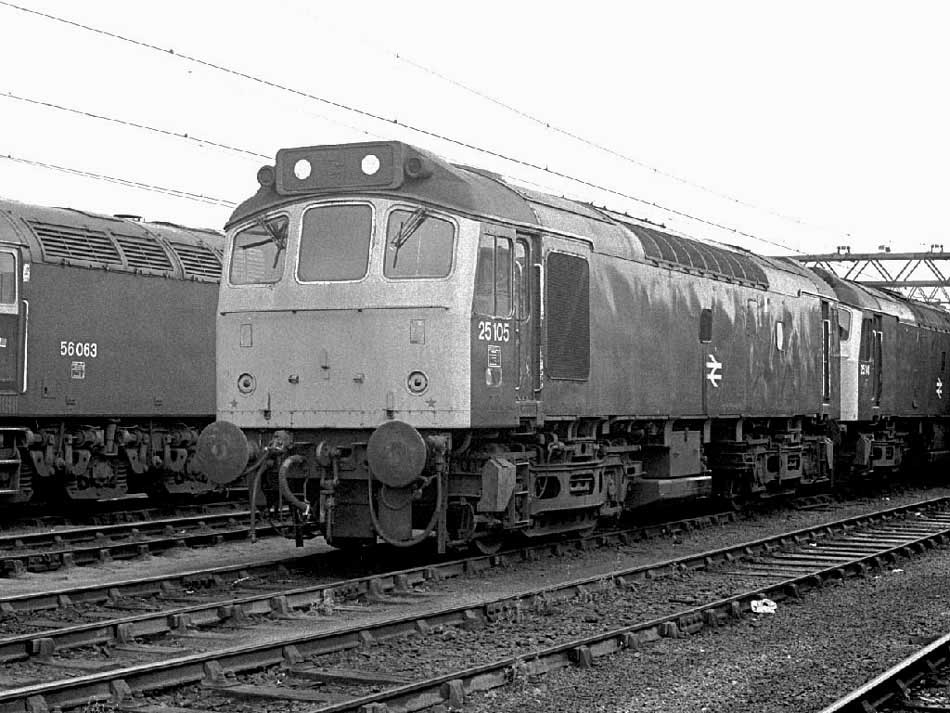