B/C grill to fit
Issue with the No.2 end AWS. 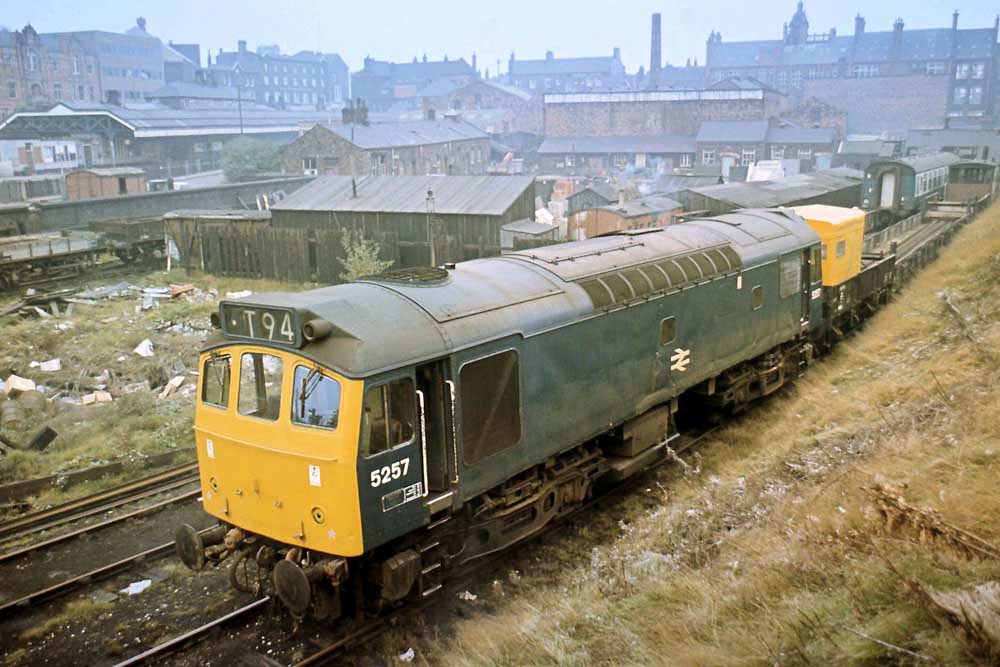 Photograph courtesy Tom Sutch
Here is 5257 at Wigan Wallgate sometime during 1972. The T94 job was the Wigan ballast engine and could go anywhere the Permanent Way inspector wanted it. And judging from this view the Class 25 is definately on what appears to be a little used piece of track.

On May 25th ex-works 25107 was noted at Birmingham New Street with coaching stock.

25107 was noted passing Margam with a westbound freight on March 3rd.

On May 15th 25107 was northbound at Tamworth with ballast wagons.

1977
On the morning of February 8th 25107 was southbound at York with a permanent way train.

No.2 end leading, recordings made from the No.2 cab. 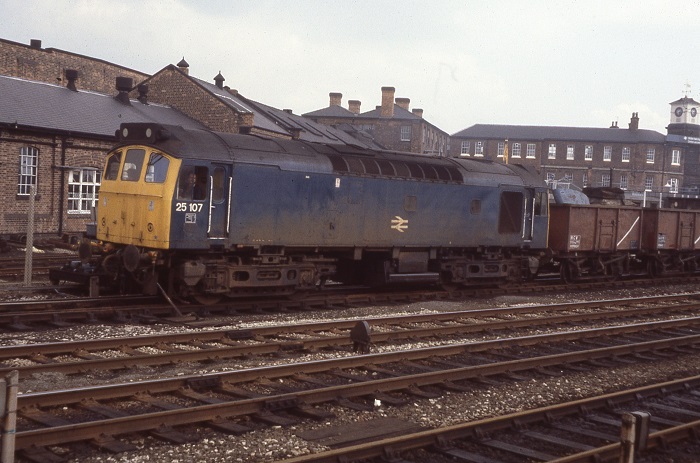 25107 at Derby with a freight on August 2nd 1978. The first wagon appears to be carrying locomotive scrap, possibly a roof and a section of a radiator.

1979
On a wintry January 3rd 25107 was noted at Warrington Bank Quay with an engineers train.

On a snowy March 16th 25107 was noted with a loaded ballast train at Kilby Bridge.

On May 5th a Cardiff - Bridgnorth special was worked between Kidderminster & Bewdley by 25107.

Shortly after midday on September 14th 25107 was noted at Bristol Bath Road.