There were no other comments on the snag sheet so presumably the test was successful.

On September 9th whilst on electrification work at Barton (Preston) 5258 derailed in the down loop, luckily falling away from the running lines, retrieval was four days later.

After transfer to Eastfield during July 1975 a number of internal passenger services were worked. 25108 was stabled at Perth on July 14th.

On September 28th 25108 was noted at Perth in ex-works condition. 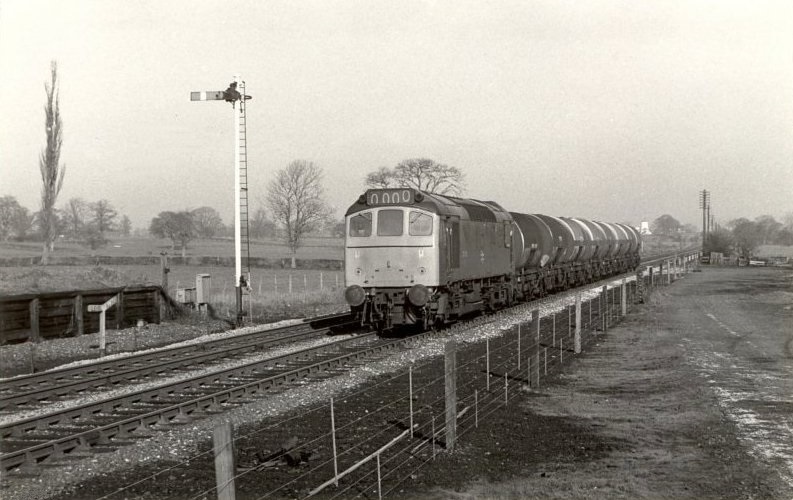 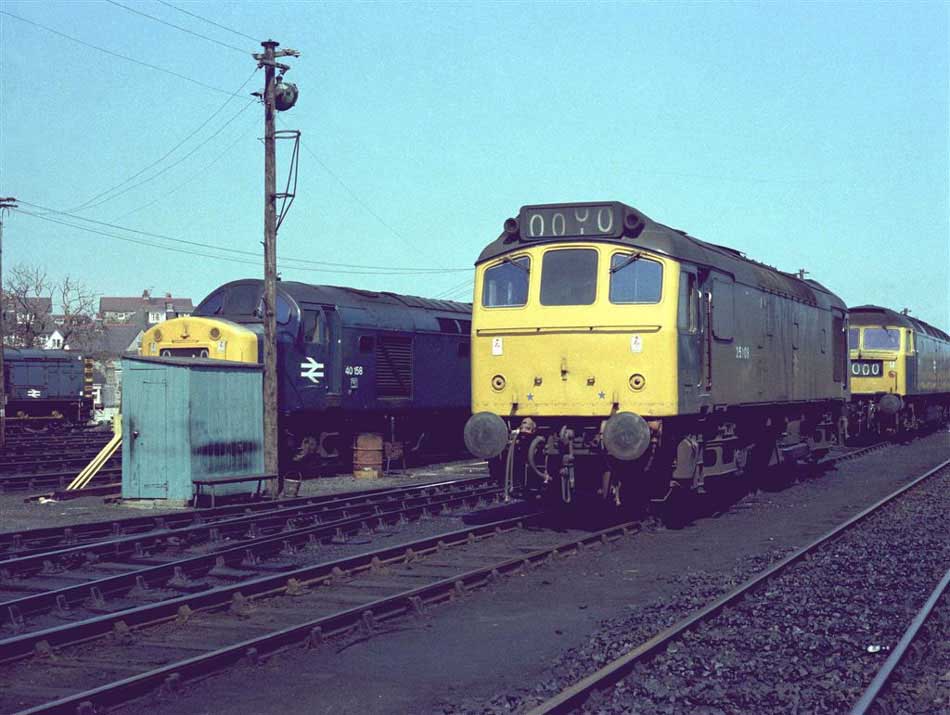 Photograph courtesy Mike Cooper
Scottish memories from Ferryhill, this time with 25108 front & center, seen here during the summer of 1977.

1980
The WCML near Abington was occupied by the engineers on February 3rd, with six Class 20s in use and one Class 25, 25108 working the wiring train. 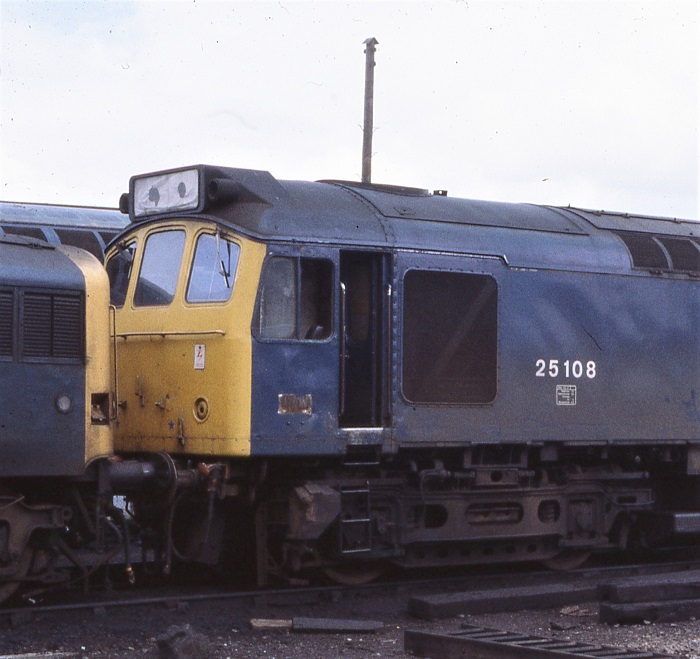 25108 at Motherwell on July 5th 1980, nine days before withdrawal. The headcode panel is most unusual. The No.2 end retained the normal domino style of headcode.