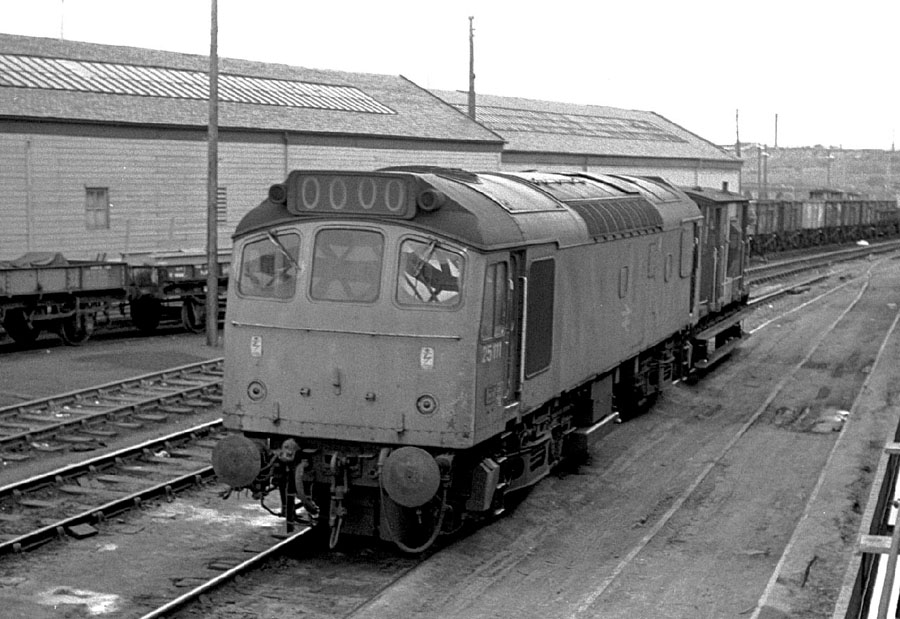 On October 16th 25111 was stabled at Severn Tunnel Junction.

On May 19th 25111 & 25117 were noted passing Claydon with a lengthy coal train, presumably bound for Aylesbury Coal Concentration Depot. 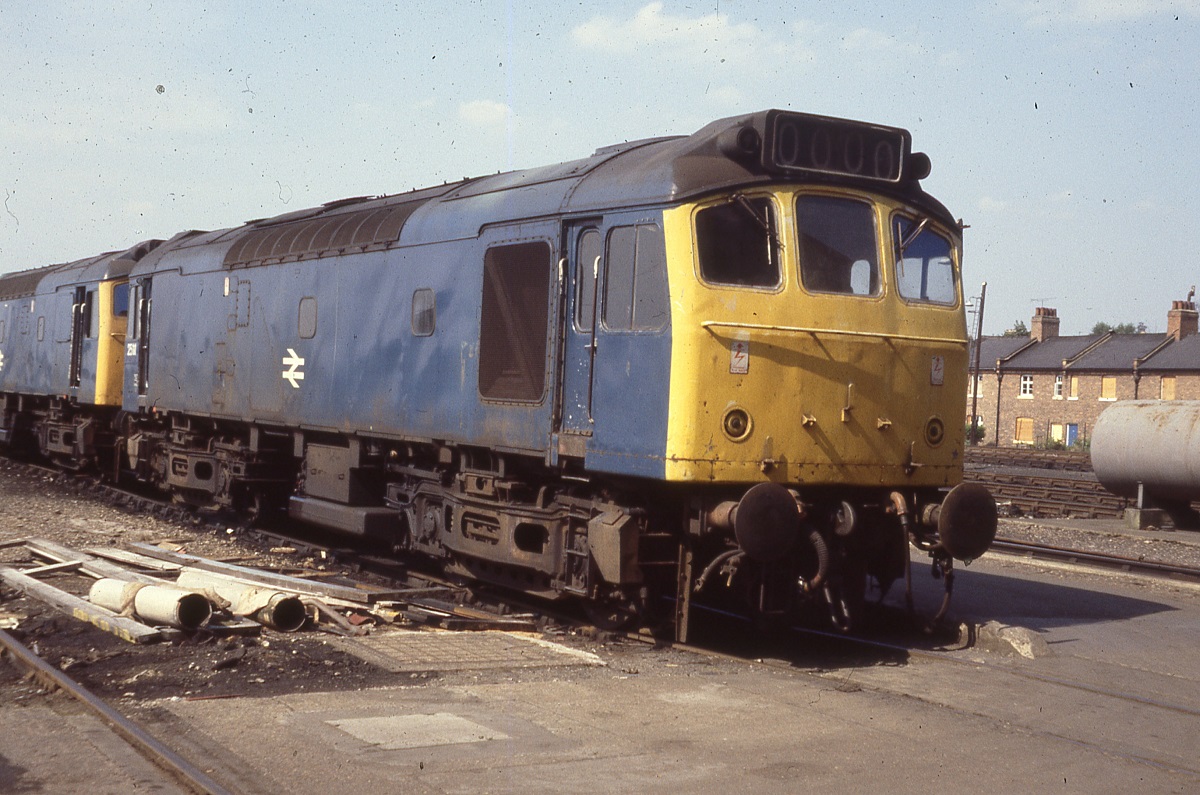 On the afternoon of September 27th 25111 was stabled at York.

The continuing shortage of locomotives, partly caused by a backlog of repairs at the main workshops, led to Swindon Works receiving unclassified repairs for locomotive types it had not dealt with before. On March 9th collision damaged 31124 & 31154 were moved from Doncaster to Swindon. Likewise 25191 and 25236 were also received for repairs. During March approximately six hundred locomotives were awaiting attention of which only one third (about 160) were out of traffic for scheduled repair. For the Class 25’s fifty eight were laid up, the Class 31’s had thirty out of traffic, whilst for the Class 47’s one out of every five machines was awaiting some sort of attention. Eight Class 25’s had been out of traffic for at least three months (25035/42, 25113/147/177/191, 25234/252), obviously the aforementioned move of 25191 to Swindon was a start in repairing these bad ordered machines. To provide Swindon with a source of spares 25111/147/252 were withdrawn during March and consigned there (25111 was the first to arrive on May 6th), interestingly two of these machines were in the batch long overdue for repairs.