During early April 1975 strikes and severe wintry weather caused disruption to locomotive rosters. Badly affected was the 08.52 Swansea ñ Paddington which ran with an assortment of power, mixed in with the Class 37s was Ebbw Junction allocated 25164 on April 2nd. It is not recorded how far the Class 25 worked.

May 24th found Cardiff allocated 25164 on weedkilling duty in the Ilkley area! 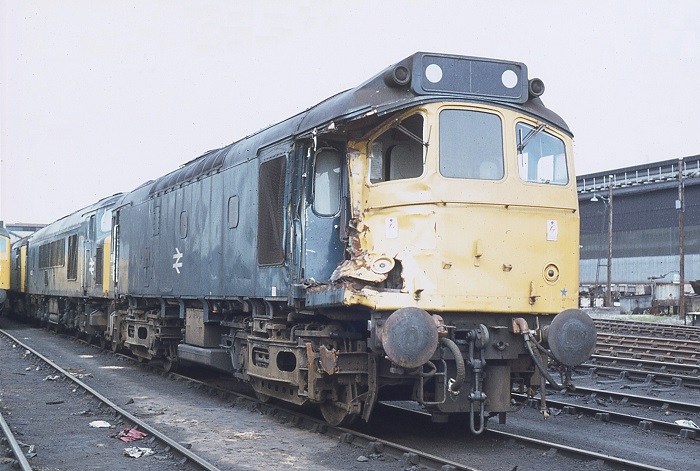 June 1978 finds 25164 in the deadlines at Derby Works awaiting repairs to its cab damage. A cab exchange was later made, the damaged cab being dumped near the power station, still bearing its builders plate. 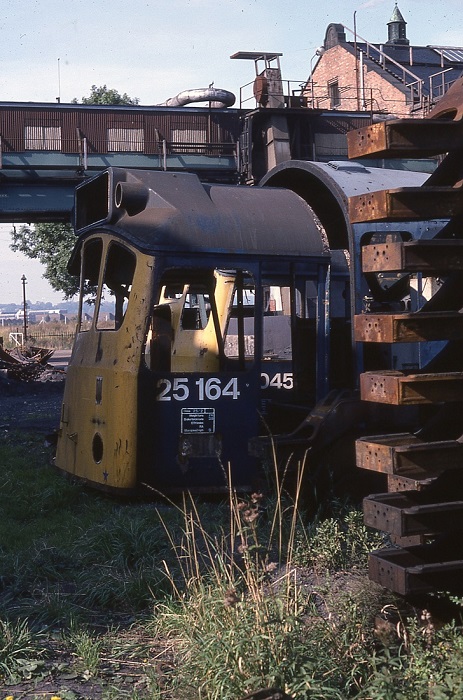 1979
On March 3rd 25164 was stabled at Birkenhead Mollington Street attached to an electric multiple unit.

Skegness was also visited on five consecutive days during July 1979. Round trips from Leicester were completed with 25136 on July 15th/16th/18th & 19th. On the 17th a Derby - Skegness was worked, but they returned with a Skegness - Leicester. A total of 918 passenger miles were completed.

25164 was noted eastbound at Manchester Victoria on September 30th with a lengthy train of coal wagons.

On September 5th 25164 was attached to a withdrawn Class 503 electric multiple unit at Birkenhead Mollington Street. On September 14th 25164 worked the 1M25 Manchester Piccadilly - St Pancras vans, at least as far as Derby.

On October 30th 25164 worked an unidentified service between Preston & Blackpool. 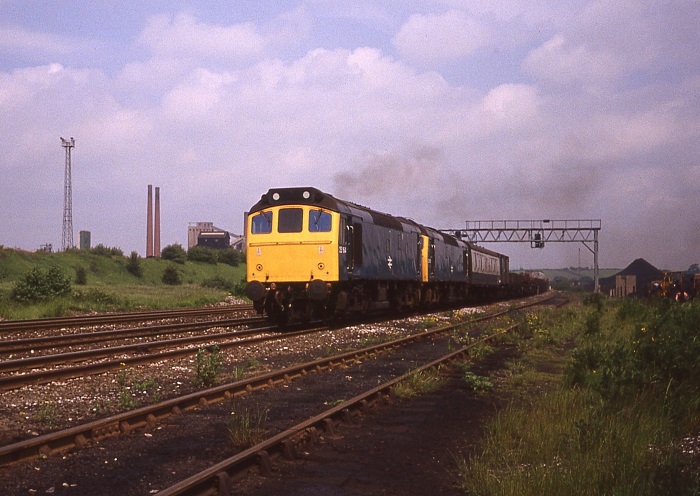 Photograph collection of webmaster.
Two Class 25s led by 25164 head southbound at Tupton, date unknown. Some of the Avenue Coking plant is visible in the background.

On the damp morning of April 19th 25164 & 25240 were noted passing Chester with ballast wagons headed for Penmaenmawr. On April 23rd 25164 was stabled at Springs Branch.