1979
A shortage of diesel multiple units on the Manchester Victoria - Rochdale (Oldham Loop) service on February 21st & 22nd saw 25199 make at least one roundtrip with hauled stock, including the 06.50 departure from Manchester Victoria on both mornings.

The snag sheet for May 19th recorded:

25199 was noted eastbound at New Mills Central on the afternoon of August 16th with ICI limestone empties for Tunstead.

On the afternoon of August 5th 25199 was stabled at York. 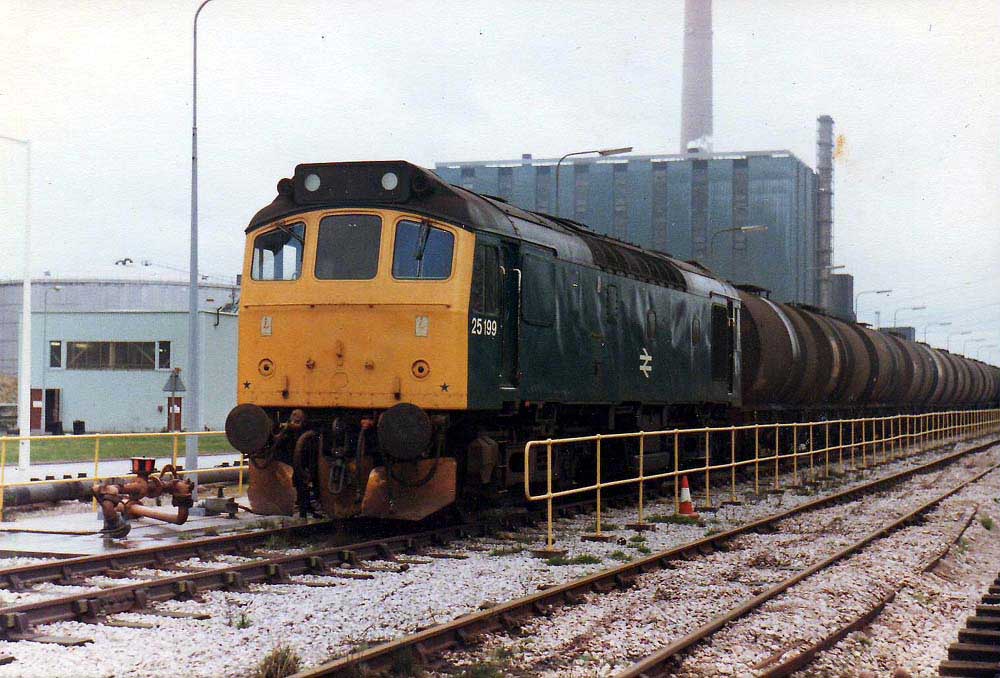 On November 26th 25199 was noted eastbound through Manchester Victoria with a mixed freight including mineral wagons & ICI tankers.

On August 3rd 25199 was noted at Rock Ferry with the 6E93 Birkenhead Docks - Whitemore Yard freight, including five wagons of fertiliser.

September 18th found Severn Tunnel Junction depot using two Class 25s on local workings, 25199 on the morning local to Hereford and 25084 to Gloucester. 25199 was stabled at Shrewsbury on September 24th. 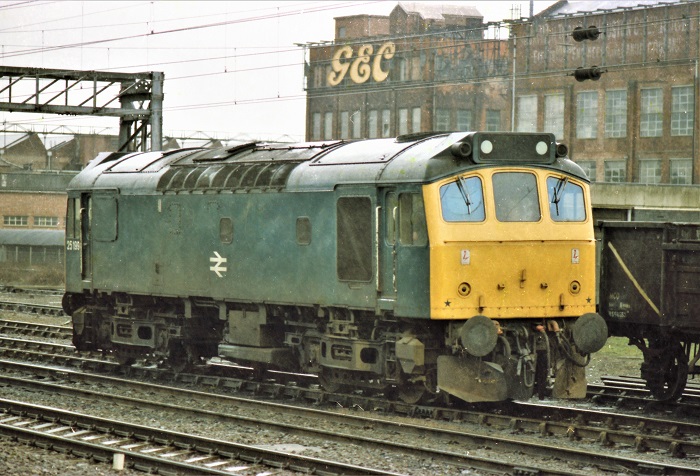 Photograph courtesy Martin Margerrison.
25199 at Rugby, date unknown. Behind the locomotive is the former AEI Works, now with GEC branding.

1984
Class 25s were still frequent visitors to Parkeston, often heading back to the LMR on the evening Parkeston – Ditton working, so noted were 25199 & 25231 on February 8th.

25199 was noted passing Cwmbran with an engineers train on May 29th.

A visit to Derby Works in the last week of August found only one Class 25 under repair, 25199 in for rectification work.

With both Classes 25 & 40 slowly succumbing to withdrawal the infamous Ditton – Broughton Lane BOC working saw a number of trials involving Classes 37, 47 & 56 during late September/early October. However October 8th found the working behind 25199 & 40194, which on returning to Speke took out a Halewood – Dagenham car train as far as Crewe. On October 24th the 13.55 Blackpool North - Manchester Victoria was worked forward from Preston after the Class 47 failed.

25199 was noted at Manchester Victoria and Ashburys on March 8th.

25199 and a train of loaded cartics was noted at Dudding Hill Junction on the Cricklewood to Acton freight only line on July 5th.

The latter half of 1985 produced a batch of passenger workings. On July 7th 25199 worked a Derby - Skegness roundtrip. Ten days later on July 17th 25199 handled the 18.15 Glasgow Central - Manchester Victoria forward from Preston but failed at Leyland, 47129 took the train forward. 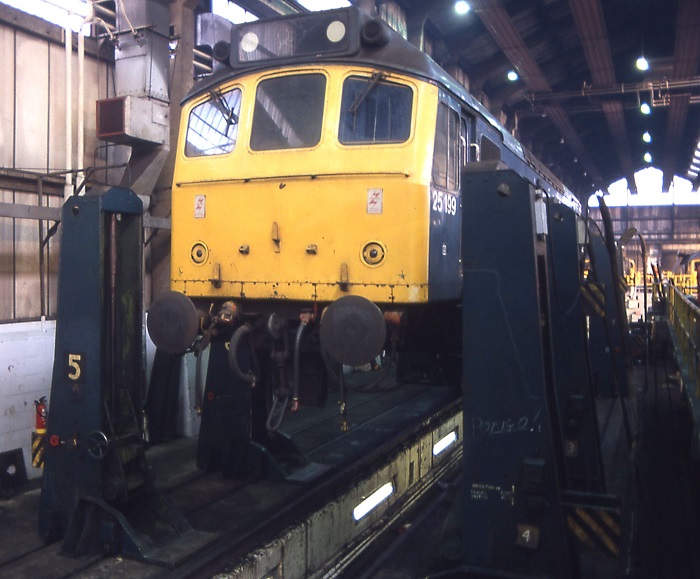 25199 was noted at Bidston with loaded ballast hoppers on March 23rd.

On April 3rd 25199 & 25190 were noted eastbound at Mirfield with at least twelve bogie oil tankers, possibly the Stanlow - Hunslet East.

25199 was noted eastbound at Manchester Victoria with mineral wagons on June 27th.

25199 was stabled at Cockshute on October 11th. With 40046 recently moved from the MOD at Moreton on Lugg, a replacement machine was required for their exercises. This arrived in the shape of 47403 on October 13th, the locomotive brought from Bescot to Hereford two days earlier by 25199. On October 15th 25059 & 25199 were noted double headed at Stoke on Trent. 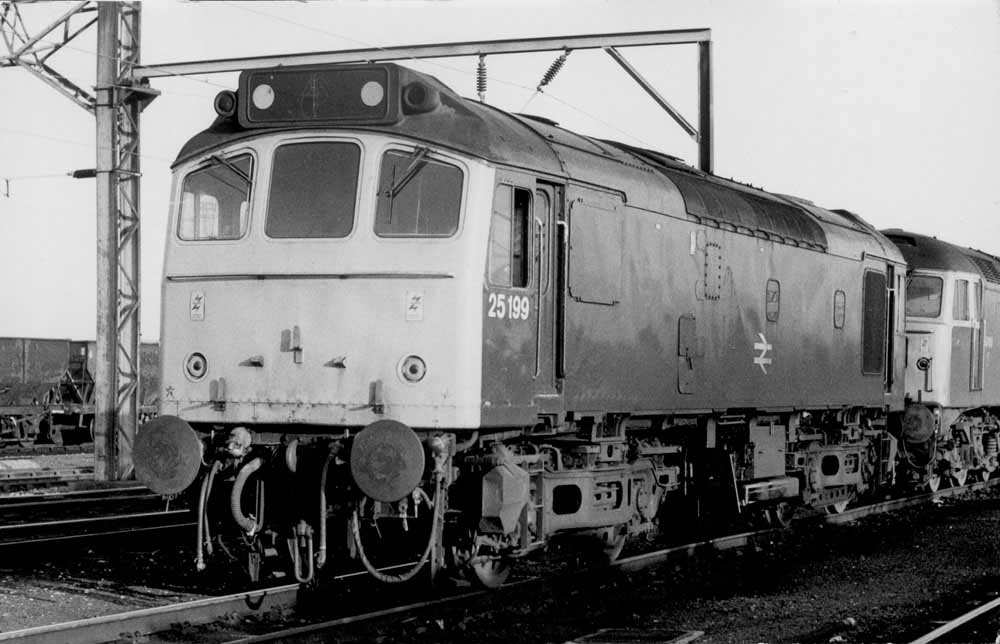 25199 was noted passing the site of Bushbury shed and sidings with an up permanent way engineer's train on February 1st. The next day (2nd) 25199 worked the 01.00 Stanlow - Aberyswyth short wheelbase oil tanks.