1977
On June 16th 25298 was westbound at Peak Forest with loaded ICI limestone wagons. On June 18th the roundtrip Nottingham - Llandudno Town was worked by 25298.

On the afternoon of March 4th 25268 & 25298 were northbound at Warrington Bank Quay with grampus wagons.

25298 was north of the border on September 17th working the 13.43 Kilmarnock - Stranraer Harbour.

On October 20th 25298 was noted at York Yard south with a mixed freight. 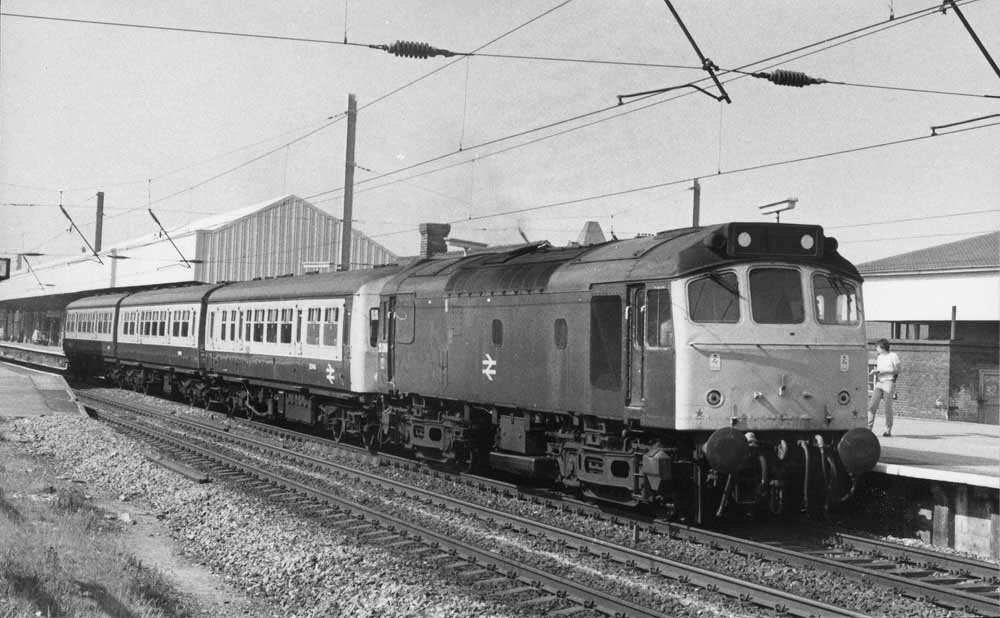 Photograph courtesy J Davenport
Happy days at Warrington on April 7th 1984 with 25298 and a diesel multiple unit in tow.

25298 headed a short rake of mineral wagons past Abergele and Pensarn on August 15th.

On the last day of September the 11.40 Manchester – Gatwick behind 47331 became completely derailed approaching Dorridge station, car transporter wagons on an adjacent track prevented the derailing vehicles from tipping completely over. The Bescot crane arrived behind 25298, the re-railing train behind 25034 and a little later the Toton crane appeared behind 45017.

25298 was stabled at Birkenhead Mollington Street on November 12th.

Possibly because of the diminishing numbers of Class 25s there had been a greater frequency of Class 27s arriving at Tyne Yard from the Carlisle direction. So noted on February 22nd was 27026 arriving with a special freight, returning west light coupled to 25298. 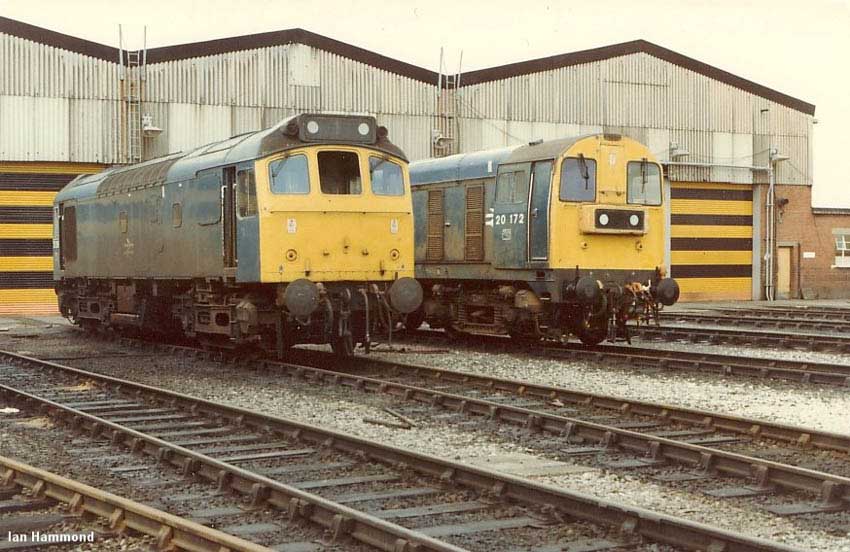 Photograph courtesy Ian Hammond
25298 stands next to 20172 at Crewe on April 1st 1985. Apart from the missing window 25298 appears ready for its next duty, but it has been withdrawn for about a month.